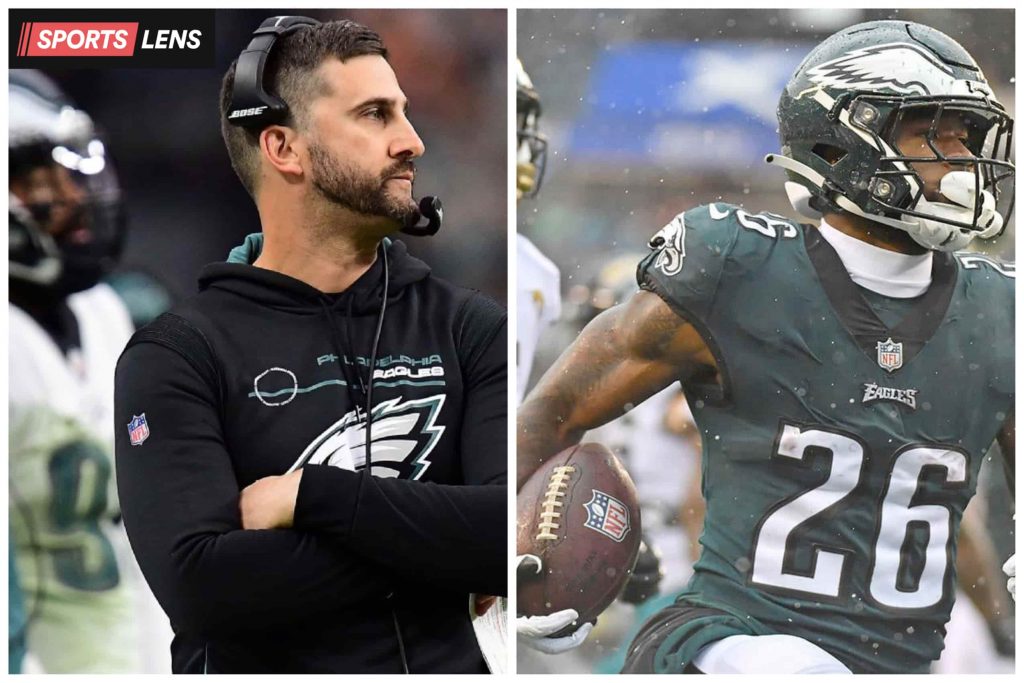 The Eagles stretched their winning streak to four games as a Noah’s Ark-style deluge lavished Lincoln Field in Philadelphia in Week 4, but the adverse weather conditions were merely a backdrop to a staggering comeback from the home side.

Jacksonville Jaguars coach Doug Pederson returned to his former side and the franchise he led to a famous first-ever 2017 Super Bowl victory, after half a century of shortcomings.

Pederson, who has a statue dedicated to that infamous day five years ago, was met with a rapturous roar from Philly fans who braved a downpour of biblical proportions in order to see their team continue a breathtaking run of form.

However, the now-Jaguars head-honcho was helpless as the Eagles yet again showed the rest of the league why they are strong contenders, now as short as +750 on some NFL betting sites, to add another Lombardy Trophy to their cabinet. An incredible display of resolve, rallying from a 14-0 deficit, show they are made of sterner stuff this season.

While particularly opportunistic punters had touted Nick Sirianni’s side as dark horses for this campaign, they remain the most surprising success story after four games. As is the case with any NFL team who aim for the dizzying heights of Conference and Super Bowl success, a dynamic, adaptable quarterback is imperative.

Jalen Hurts operates like a player much more his senior, but the 24-year-old has tightened up his game and has begun filling the minute gaps in his game to emerge as a real MVP contender. An early pick-6 could have set a dangerous tone but his determination is plain to see; he threw accurately despite 20mph winds snapping umbrellas and making passing nigh-impossible.

Seven straight regular season wins, Hurts is also 11-2 in his last 13 starts, and even with Jordan Mailata and Isaac Seumalo missing with injuries all the while up against one of the top five defences in the league, 29 points were still clocked up by the close of play.

Looking further afield, the team as a collective unit are astonishingly focused. Even in the face of adversity, pouring rain, an injury list piling up rapidly and a disastrous start to the game, Sirianni could be heard belting out words of affirmation to “keep playing, keep fighting.” The trust in his players to mount a comeback is testament to their cohesiveness, which is as much a top down feeling as it is a bottom-up.

Freezing cold snow storms, blazing Miami heat; whatever the Eagles face between now and the end of the season there’s just a feeling that nothing will throw them off their task.

The same can not be said of Trevor Lawrence who allowed the ball to be turned over five times, including a calamitous four fumbles. While both Lawrence and his coach Pederson bemoaned the conditions as a contributing factor, there is no doubt the Eagles defence have improved leaps and bounds as well.

This was most clear in their pursuit of the Jaguars QB as they swarmed Lawrence time and time again. Defensive end Haason Reddick was particularly aggressive,  sacking Lawrence twice and making him fumble on both occasions, ensuring victory in the process on the latter.

What really underpins the Eagles resolve however was the makeshift secondary. Avonte Maddox was absent from the off, but Darius Slay was then forced off with an arm injury in the first quarter, leaving the poncho-clad fans at the Linc fearing for the worst.

Josiah Scott and Zech McPhearson deputised with incredible confidence even after a shaky start, while new acquisition at safety Chauncey Gardner-Johnson aided in limited Lawrence to just completed 11 passes, with just seven after the first quarter.

They will face a stiff test in the scorching Phoenix heat this week against the Cardinals, but Arizona still enter the fixture as six-point underdogs in the current NFL betting.