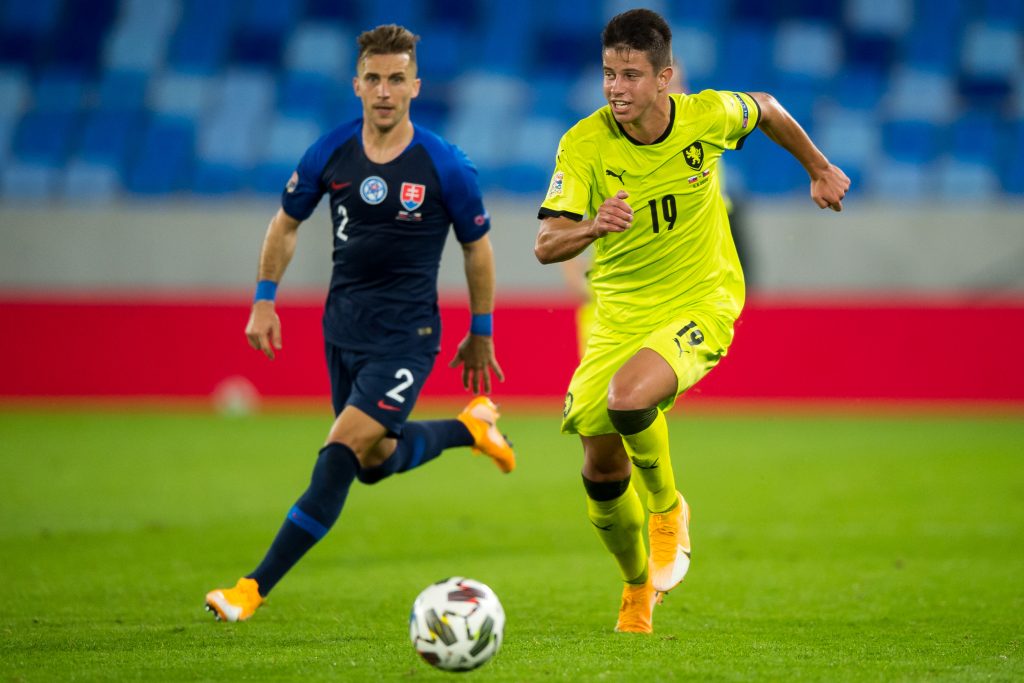 West Ham United are thought to be keen on signing the Sparta Prague forward Adam Hlozek.

The 18-year-old is highly rated across Europe and the Premier League side are now weighing up a move for the Czech Republic international. Hlozek has picked up four goals and six assists in seven games for his club so far this season.

The striker can operate as a wide forward as well and his versatility will be an added bonus for the Hammers if he joins the London club.

According to 90min, Sparta Prague are demanding around £20 million for the talented young forward. It will be interesting to see if West Ham are willing to accept their demands for the youngster in the coming weeks.

The Premier League side are set to bank around €22.5 million from the sale of Sebastien Haller to Ajax this month.

David Moyes will need to bring in another striker and it remains to be seen whether Hlozek is his preferred target.

According to the report, Boulaye Dia and Olivier Giroud are on David Moyes’ radar as well.

If West Ham sign Hlozek, they will have to be patient with him. The 18-year-old will need time to adapt to English football and it might be a while before he starts to show his true potential in the Premier League.

West Ham must look to sign someone who can make an immediate impact and the likes of Giroud or Joshua King would prove to be excellent additions in the short-term.