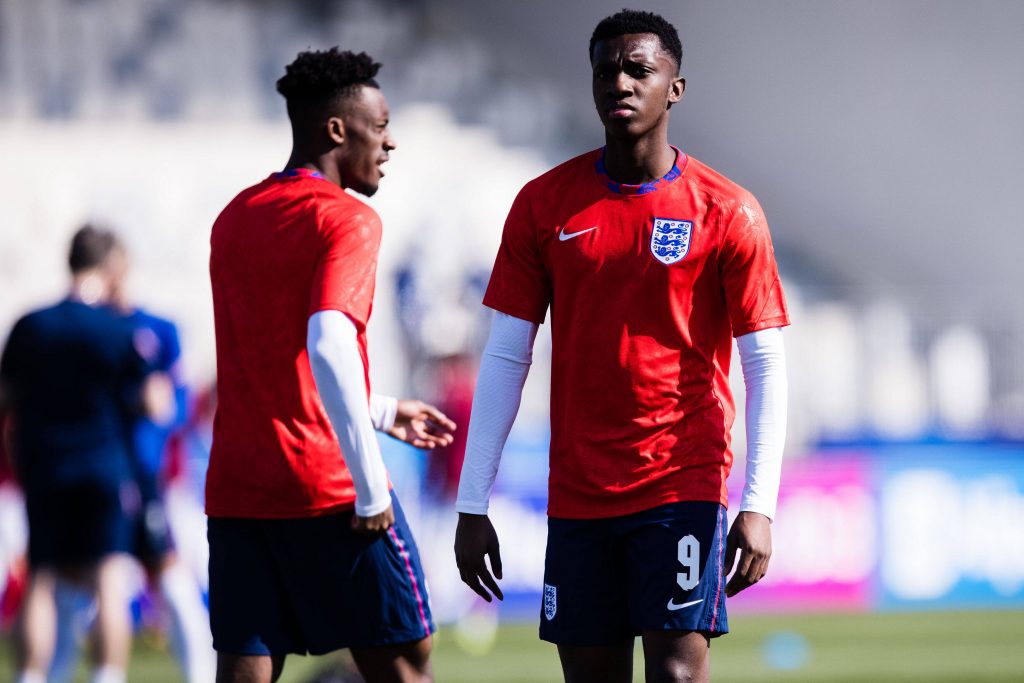 Eddie Nketiah received a new contract proposal from Arsenal days ago, as reported by @theathleticuk. There’s still nothing agreed as of today. ⚪️🔴 #AFC

West Ham, Watford, Crystal Palace are interested. Bayer Leverkusen are pushing since months to sign him on a permanent deal.

The England youth international received a new contract proposal from the Gunners a few days ago but is yet to decide as he ponders his future.

Playing chances have been few and far between for Nketiah at Arsenal, and a move elsewhere could be on the cards in the coming weeks.

Apart from the Hammers, Watford, Crystal Palace and Bayer Leverkusen are also looking to snap him up.

Leeds United have also been offered the chance to sign the 21-year-old, with Arsenal valuing him at around £20 million.

Hammers boss David Moyes is reportedly a fan of Nketiah’s qualities and sees the striker as someone who fits his energetic style of play.

Nketiah wants to establish himself as a permanent fixture in any manager’s starting XI, but that is proving impossible at Arsenal and could be tough to achieve at Elland Road, with Patrick Bamford still the first-choice number 9.

While he has struggled at Arsenal, a run of games can help him find his rhythm and some much-needed consistency in front of goal.

Moyes could provide that at the London Stadium for a player dreaming of forcing his way into Gareth Southgate’s England squad ahead of next summer’s World Cup.