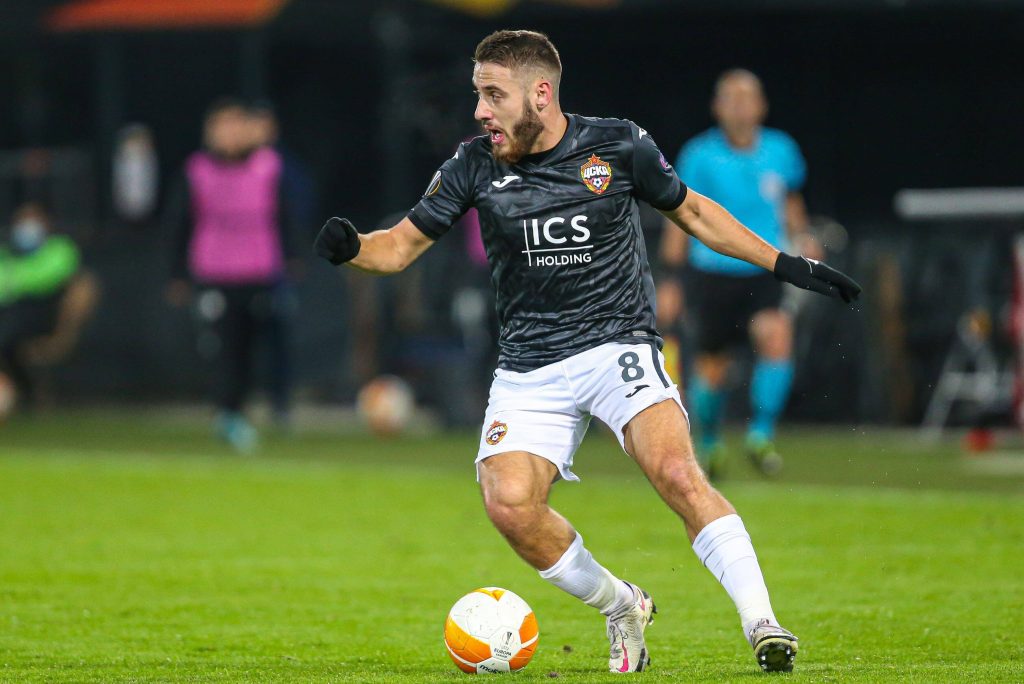 West Ham United are considering a move for CSKA Moscow playmaker Nikola Vlasic if they fail in their bid to sign Jesse Lingard, reports the Telegraph.

Vlasic has been at CSKA Moscow for three seasons, following an unsuccessful spell in the Premier League with Everton.

He has made a total of 107 appearances for the Russian club, scoring on 33 occasions.

His form has earned him 26 caps for the Croatia national team.

His best moment on the international stage came this summer in their group stage fixture against Scotland, as he opened the scoring in a 3-1 win at Hampden Park.

The 23-year-old could now be set for a return to England. The Telegraph claims that West Ham have identified him as a possible alternative to main target Jesse Lingard.

The Hammers have had a highly successful 2021. They finished sixth last season – their best placement since 1999 – and have begun the new campaign in style, winning their opening two games while scoring eight goals.

Lingard was a huge part of that success last term, scoring nine and assisting four in 16 outings following his loan move from Manchester United.

The east Londoners have been trying to sign him permanently, but a deal is looking unlikely.

Algerian playmaker Said Benrahma has been filling the attacking midfield role at the beginning of the season and has made a flying start.

He recorded a goal and an assist in the 4-2 win away at Newcastle United, and followed this up with another goal and assist against Leicester City.

Only teammate Michail Antonio and Paul Pogba have directly contributed to more goals in the Premier League this season.