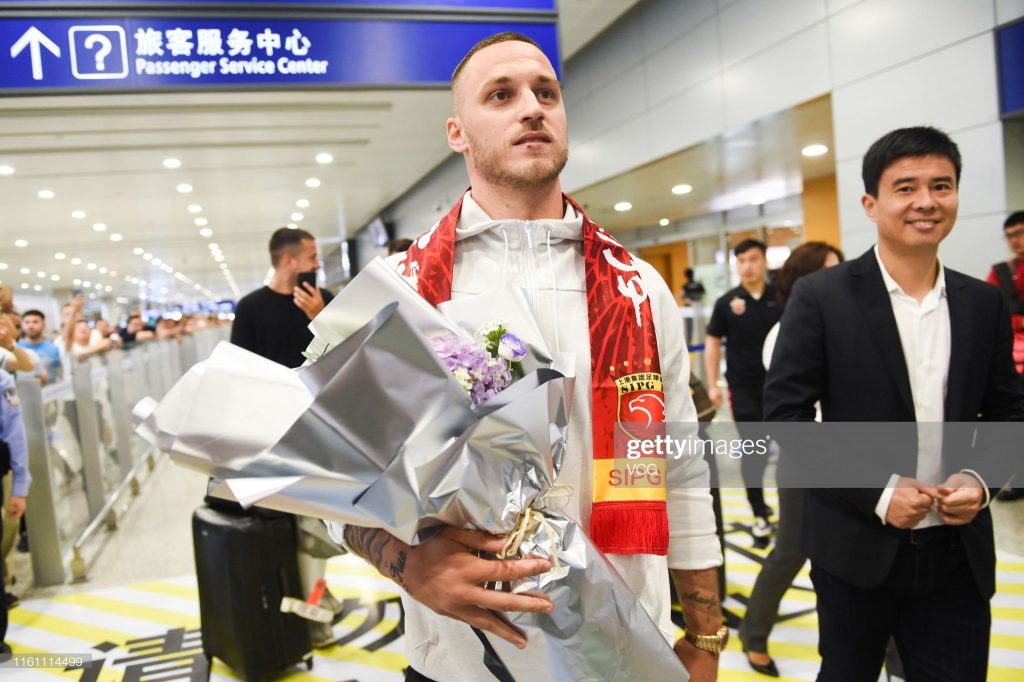 The former Stoke City man was bent on leaving the London Stadium despite signing a four-year deal worth £120,000-per-week in January after the Hammers had knocked back a £45 million bid from China.

West Ham manager Manuel Pellegrini was more than keen to let Arnautovic leave for £23 million after he handed in a second transfer request in six months.

While he has become a disliked figure amongst the West Ham fan base, the SIPG faithful were very glad to receive their latest star, and below is a video of the hero’s welcome he was met with at the airport.

A heroes welcome in China for Marko Arnautovic ?? pic.twitter.com/YoGWAreXtG

Arnautovic will link up with Brazil duo Oscar and Hulk in the CSL side’s attack, and manager Vítor Pereira will hope he can help power his side to domestic and continental glory.

The Austrian joined the Hammers from Stoke in the summer of 2017 for £20 million, and was slowly establishing himself as a West Ham hero before forcing an exit.