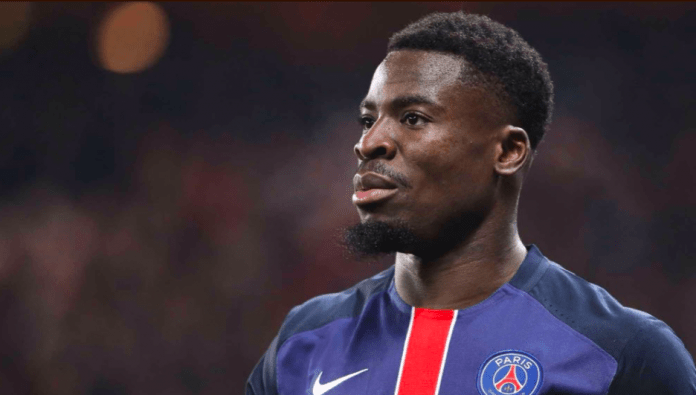 Paris St-Germain full-back, Serge Aurier, was stopped from entering the United Kingdom and will miss Wednesday’s Champions League match against Arsenal. PSG were, naturally, very displeased with the turn of events.

The 23-year-old Ivorian was given a two-month suspended prison sentence in September for assaulting a police officer. According to the club, the UK authorities granted the defender a suspension back in October, but revoked it on 16 November, citing his conviction. Uefa also expressed “deep disappointment” in the ruling. PSG went on to say that the timing showed “a lack of respect.”

Considering Aurier was born outside Europe, he had to apply for a Tier 2 Sportsperson visa. This would allow him to stay in a country for up to three years. The visa takes around three weeks to process.

However, the Home Office in the UK was adamant and convinced about their decision. Their statement claimed, “The immigration rules clearly state that non-EU nationals who have received a custodial sentence of fewer than 12 months within the last five years will be refused on criminality grounds.”

There is no right to appeal for the visa, which means Aurier will certainly miss the clash against Arsenal, which comes as a blow for the French powerhouse.

Notably, PSG, who have managed to make almost an embarrassing hegemony in France, have faltered this season under new boss, Unai Emery. In 13 league games, they have already lost two and drawn another two. They have fared far better in the Champions League, and are undefeated in four games so far.