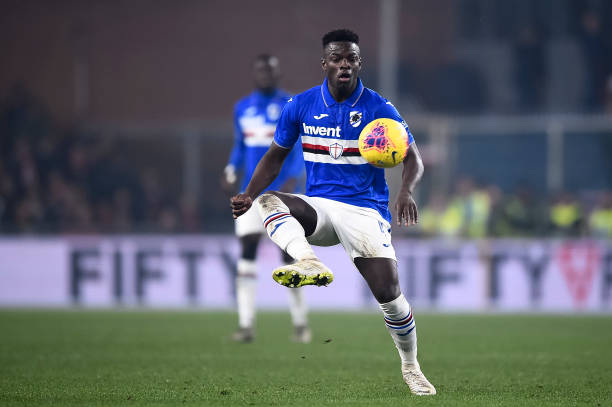 According to The Athletic’s David Ornstein, West Ham United are expected to decide by Wednesday if they will pursue the signing of Sampdoria central midfielder Ronaldo Vieira before Friday’s transfer deadline.

The Hammers are fighting for survival after picking up just 23 points in 23 Premier League games, and they are looking to boost the squad this month.

West Ham co-owner David Sullivan and manager David Moyes are both strong admirers of Vieira, and are deliberating over making a January move for him or to wait till summer.

Sampdoria aren’t keen on losing the England youth international and will demand around £17 million for his services.

Burnley also want Vieira, 21, and did send their senior scout to run the rule over him during Sampdoria’s game against Sassuolo on Sunday, but aren’t expected to move for him this month.

Moyes also wanted to go watch the game in Italy, but the midfielder’s recent struggle with a knee injury did cast doubt on his starting chances – and he only played for 18 minutes

The former Leeds United man has featured in 20 games across all competitions for the Serie A side this term, and has been a solid shield for their backline.

West Ham could do with services, but they badly need a quality finisher at the moment, and signing one will help boost their survival chances.