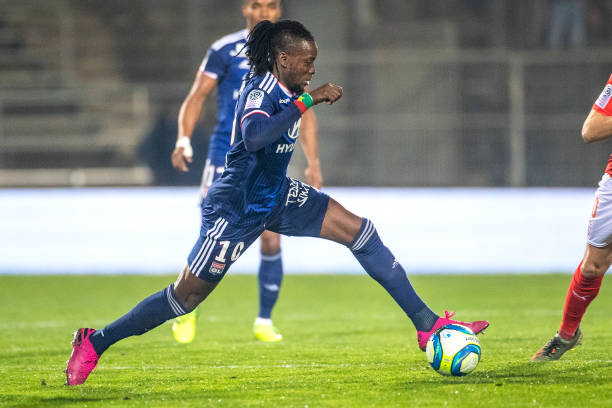 According to Foot Mercato, West Ham United have contacted the representatives of Lyon striker Bertrand Traore over a move this month.

Bournemouth and Leicester City are also interested in the former Chelsea forward, and it remains to be seen if the Ligue 1 outfit will let him leave in the coming days.

Lyon value Traore around £35 million, and West Ham will have to part with something to have a chance of getting their man.

Hammers boss David Moyes wants to boost his attacking ranks this month with the club in a fight to beat the drop, and while he hasn’t been particularly in impressive form for Lyon this term, the Burkina Faso international could come do a fine job as he has unfinished business in the Premier League.

After scoring 29 goals in 90 games during his first two seasons with the French side, the 24-year-old has just three goals and three assists in 24 appearances across all competitions for Lyon this term, and West Ham might not be keen to splash £35 million on his signature.

The Hammers spent a club-record £45 million to land French striker Sebastian Haller last summer, and will be cautious about spending big just after six months.

Traore could leave Lyon, though, with the arrival of Karl Toko Ekambi from Villarreal set to increase the competition for playing opportunities, and it will be interesting to see where he moves to with a return to England seemingly on the cards.