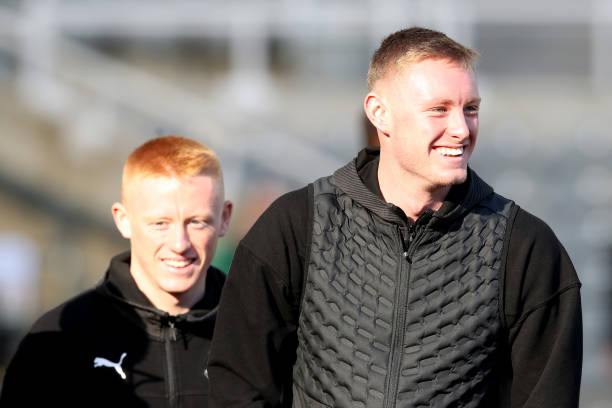 According to Sportmail, Newcastle United midfielder Matty Longstaff hasn’t trained with the rest of the squad this week amid uncertainty over his future at St. James’ Park.

Understand Matty Longstaff has not trained this week amid uncertainty over future at NUFC. Longstaff has a thigh strain. More to follow @MailSport

The 20-year-old is expected to join Udinese when his Newcastle contract runs out in the coming weeks having been offered a five-year deal worth £30,000-a-week by the Serie A side.

Matty currently has a thigh strain and might not be willing to risk further injuring himself as that could land a blow on his move to the Italian side.

The Magpies have offered him £20,000 after initially tabling £15,000-a-week, but it doesn’t seem that has done enough to convince their academy graduate as he is holding out for £25,000.

The England youth international is currently on a £850-a-week development player contract, and has played 12 games across all competitions since making his debut this term, scoring thrice.

Newcastle believe that Matty will end up at Watford, as the Vicarage Road outfit and Udinese are both owned by the Pozzo family and do have a history of trading players, and the opportunity to remain in England might have played a huge role in convincing him when he travelled to Italy for talks before the lockdown.