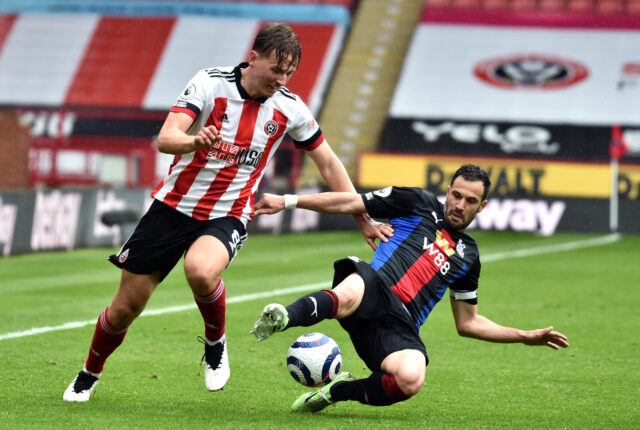 Arsenal are reportedly interested in signing Sander Berge from Sheffield United in the summer transfer window.

According to football.london, Berge is keen on joining the Gunners after impressing in a struggling team this season.

The Norwegian has been one of the standout players for the Blades and is keen to continue in the Premier League following the club’s relegation.

Everton and Aston Villa are also interested in signing Berge. His release clause is thought to be around £35 million, and Arsenal are willing to pay the amount.

A source close to the player has confirmed that there is a strong possibility that he will join the Gunners in the summer.

According to reports from The Express, Liverpool are also interested in signing the midfielder as they view him as a potential replacement for Georginio Wijnaldum, who could be set to leave Anfield following the expiry of his contract.

Berge could be tempted to move to north London if Arsenal can secure a permanent deal for his compatriot Martin Odegaard.

Odegaard joined the Gunners on-loan from Real Madrid in the January transfer window. Arsenal are reportedly also keen to secure his signature on a permanent deal.

Everton boss Carlo Ancelotti admitted earlier this year that he would be considering signing a midfielder this summer, and the Toffees boss could make a genuine attempt to sign Berge.