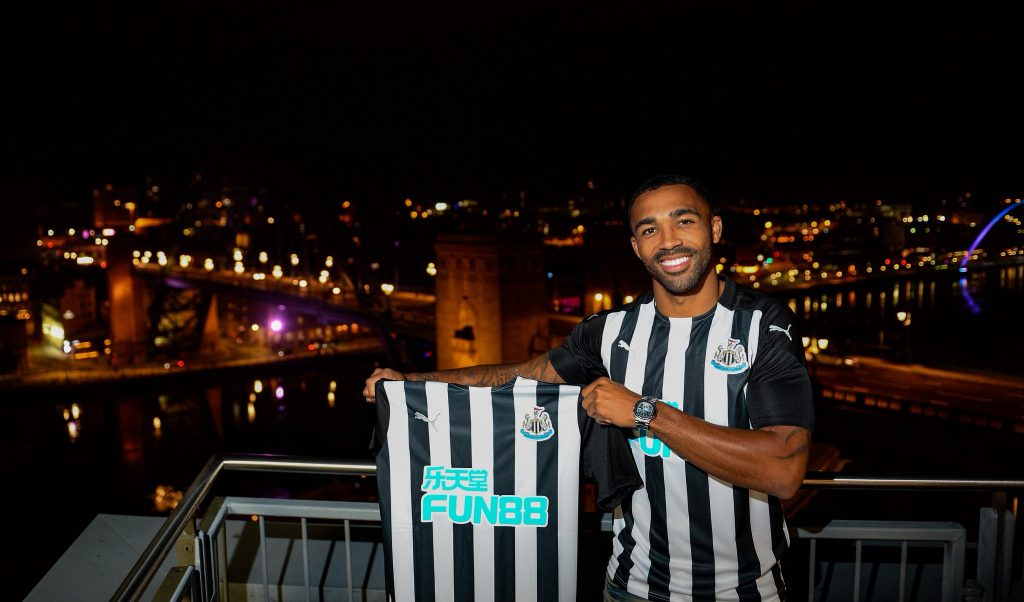 According to Sky Sports’ Keith Downie, new Newcastle United striker Callum Wilson will wear the number 13 jersey for the St. James Park outfit this season, with Joelinton set to retain the number 9 jersey.

Callum Wilson will wear no13 for Newcastle this season, with Joelinton keeping no9 🔲 #NUFC

It was widely reported that the England international will wear the legendary number 9 jersey following his arrival from Bournemouth, but that is no longer the case as Newcastle aren’t keen to strip Joelinton of his jersey number.

Japanese striker Yoshinori Muto was the Magpies’ former number 13, but he has been told to leave, and the latest decision appears to confirm that an exit is on the cards for him.

The likes of Alan Shearer and Micky Quinn once wore the Newcastle number 9 shirt, and fans weren’t happy that it was handed to Joelinton last summer.

The Brazilian didn’t do justice to the honour, scoring just two Premier League goals in 38 appearances last term after his club-record £40 million arrival.

Taking the number off him would have appeared disrespectful, and it doesn’t seem that Wilson will mind not being Newcastle’s no. 9 at the moment.

Callum Wilson: “The club record signing wears no.9. I want to add to the dressing room, not disrupt it. No.13 means a lot to me and that’s why I’ve worn it for the last six years.” #NUFC https://t.co/DN4yINCLpl

The 28-year-old will look to prove himself at SJP when 2020-21 kicks off, and he will fancy his chances of hitting the ground running when his side visit West Ham United on Saturday.