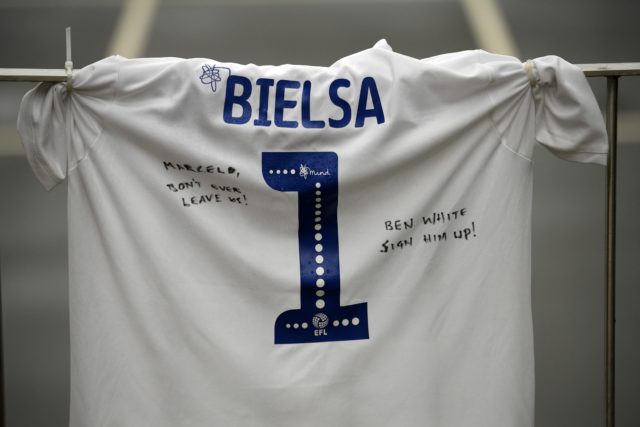 Leeds United are back in the Premier League after a gap of 16 years having secured promotion last season.

Marcelo Bielsa’s side will start their journey in the top flight on Saturday when they visit the home of the champions, Anfield to face Liverpool.

The Argentine is a widely respected manager, and he has simply transformed Leeds United since taking charge of the club two years ago.

The Whites have won the hearts of the neutrals for playing an attractive brand of football, and Leeds owner Andrea Radrizzani has suggested that they’re looking to stay in the Premier League for years to come.

Former Arsenal player turned popular football pundit, Ray Parlour has praised Leeds ahead of their trip to Liverpool. The Gunners legend believes that the Whites will be fine this season, and predicts them to finish mid-table.

“I think Leeds will be ok. They will have enough this season to finish mid-table,” said Parlour to talkSport.

Bielsa said in his first press conference that Leeds will not discard the philosophy that earned them rich success last season. However, Parlour feels that they will have to be defensive-minded while playing against the big teams.

“It will be interesting to see how he [Marcelo Bielsa] tactically gets on in the Premier League. Think he will do a great job.

“In certain games, they might go a little more attack-minded when they play teams around the bottom like Brighton or Aston Villa.

“When you play against teams like Liverpool, Manchester City, Manchester United, and Chelsea they would have to be a little bit defensive-minded. This is where it will be interesting to see how Bielsa changes his system or changes the way he plays.”

Leeds have bolstered their squad this summer with two fantastic signings – Rodrigo and Robin Koch – and they still have some £35-£50m budget remaining to spend in the transfer market.