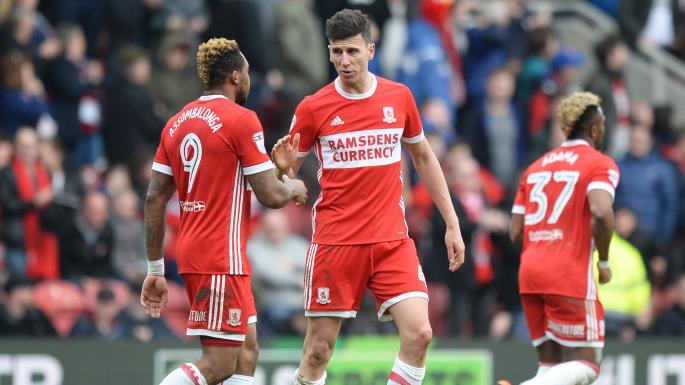 According to The Hartepool Mail, Daniel Ayala will have to take a pay-cut to stay at Middlesbrough, amid reported interest from Leeds United.

The Daily Star claimed in March that Leeds are interested in signing Ayala in the summer transfer window.

The 29-year-old centre-back is out of contract at Middlesbrough at the end of the season, and the Whites want to sign regardless of which division they play in next season, according to the report.

Marcelo Bielsa’s side are aiming to clinch automatic promotion from the Championship to the Premier League at the end of the season.

The Hartepool Mail has claimed that for Ayala to stay at Boro – who are in danger of getting relegated to League One – the former Liverpool and Norwich City defender will have to take a pay-cut.

Ayala is one of the best defenders in the Championship who has also played in the Premier League.

The Spaniard knows English football inside out, and his no-nonsense defending would suit Leeds well.

Given that the 29-year-old will be a free agent this summer, he would be a low-cost and very smart signing for Marcelo Bielsa’s side this summer.