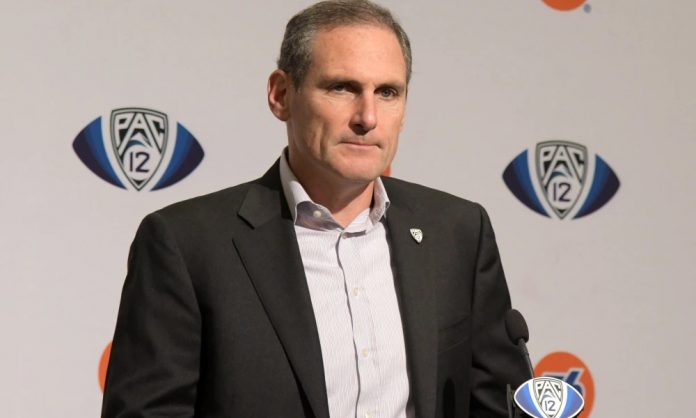 The Pac-12 has gotten some unfortunate news throughout the past few months as they found out that USC and UCLA were both going to be leaving the conference to join the Big Ten. Considering the type of conference that the Pac-12 is, it’s completely unacceptable that their commissioner is allowing their schools to do this.

At the end of the day, this all stems from money and endorsement deals for the programs. If the school can find a way to make more money, they’re clearly going to take that deal to a different conference. College football and colleges, in general, are all about the money and that’s one of these instances once again.

“Listen, I think if schools would have left for the Big Ten they would have left already,” Kliavkoff said. “I don’t feel any sense of urgency at this point. No one’s going anywhere, we’re all together, we’re focused on doing this. … We have runway to do it right, as opposed to doing it quickly.”

There are a few different ways that we can look at this statement from Larry Scott, but at the end of the day, if any of the teams in his conference get a better deal from somebody else, there’s a good chance that they’re going to be leaving. It’s the harsh reality of the situation here with college sports nowadays, but it is the honest truth. He can’t control what other teams do unless he finds a way to up the revenue or gives those schools what they’re looking for.

With both programs in USC and UCLA leaving, the Pac-12 is going to look different than it has throughout the past few years. Those are undoubtedly two of the best teams the conference will ever have in most major sports.