On This Day in Football: Birth of Spurs 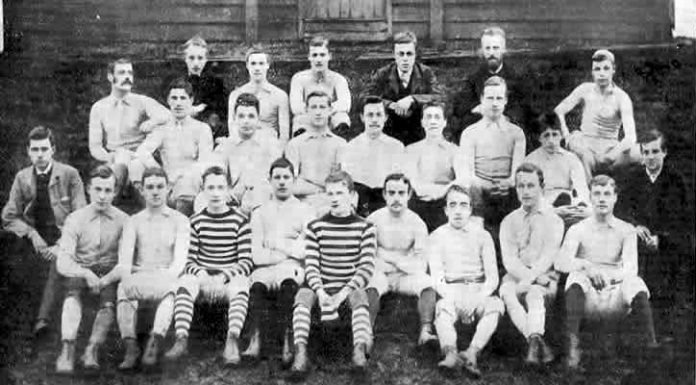 On this day in 1882, Tottenham Hotspur Football Club was founded as a subsidiary of the Hotspur Cricket Club.

But how did it all come about? And why are they called ‘Hotspur’? Here is a short summary…

In 1882, a group of students, mostly aged between 13 and 14, who attended the Tottenham Grammar School and the Saint John’s Middle Class School, decided to form a football club.

These young lads were part of the Hotspur Cricket Club that was formed two years earlier in 1880. As cricket was a sport for the summer, the students wanted to play a sport they could enjoy during winter.  It is believed that the group held a meeting under a lamppost along the Tottenham High Road, not far from White Hart Lane, to put their ideas together and streamline their plans for the club.

On 5 September in 1882, subscriptions for the new club were issued priced at a modest six pence. This endeavour managed to tie down 18 members by the end of the year. Money brought in from these subscriptions, augmented by a kind donation from the cricket club, helped the players buy equipment which included wood to make goalposts, flags, stamps and last but not the least, a football.

The goalposts were made by a gentleman simply known as Mr. Casey, the father of Sam Casey, one of the original founders of Tottenham Hotspur.

Another monumental task for the students was to give their new club a name. Northumberland Rovers was suggested but they settled for the same name as the cricket club and called themselves Hotspur FC. Two years later, they changed it to Tottenham Hotspur owing to the existence of another football club called London Hotspur.

What exactly does Hotspur mean?

The club owes its name to the 14th century knight Sir Henry Percy or Sir Harry Hotspur as he was famously known. A fearless and heroic warrior, Sir Harry led multiple rebellions against King Henry IV. The brave knight was renowned for his exceptional use of spurs to charge his horse into areas where the battle was the thickest.

It is also important to note that Sir Harry’s family owned large swathes of land in North London.

Sir Harry’s heroics were recorded by Shakespeare in his plays. If you are not the one who enjoys reading Shakespearean English then watch The Hollow Crown, a splendid TV series based on the plays. And yes, it features Sir Harry and his spurs.

Tottenham’s attempt to join the Football League was rejected several times. The club joined the Division One of the Southern League in 1896.  Five years later, they won the FA Cup – the first club from outside the Football League to win the trophy. It was not until 1908-09 when they were admitted into the Second Division of the Football League. They gained promotion after just one season and won their first top flight title in 1951.

In 1963 they became the first British team to win a European trophy by winning the Cup Winners’ Cup. They thumped Atletico Madrid 5-1 in the final at the Feijenoord Stadion in Rotterdam.