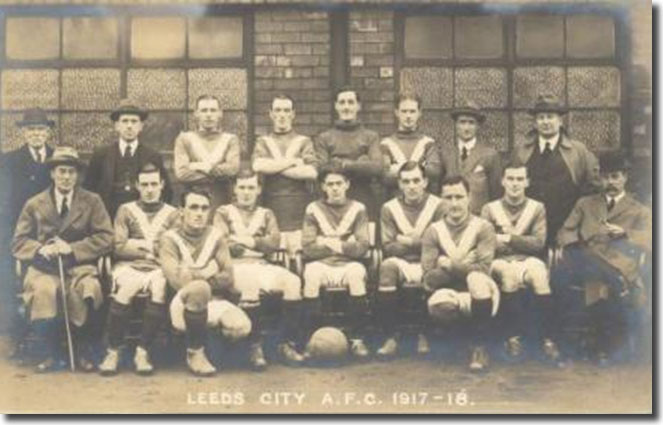 On this day in 1917, Leeds United were founded following the disbandment of Leeds City.

City were formed in 1904. After one season in the West Yorkshire League, the club joined the Football League second division. Billy McLeod was signed from Lincoln City in the 1906-07 season. He would go on to score 171 goals in 289 appearances for the club.

Despite playing some good football, Leeds would finish around the mid-table in the seasons before the outbreak of the First World War. In 1912, Herbert Herbert Chapman signed full-back Charlie Copeland. Although not a regular initially, Copeland would heavily feature for Leeds during ‘War time’ football. He left the club over an issue regarding his wages, and as a result, lodged a complaint with the Football League accusing Leeds of illegal payments to guest players during the First World War.

The Football League and the FA formed a joint commission and launched an official investigation into Leeds’ finances. The club was ordered to produce their financial records during the war years. No such records were brought forward, resulting in Leeds being expelled from the Football League.

The club’s assets were auctioned off at the Metropole Hotel in Leeds, including the players, training gear, kits, etc. The players fetched prices ranging between £1,250 and £100. Manager Herbert Chapman was banned for life but the suspension was later lifted after he successfully proved his innocence.

Leeds City was burned down to ashes. But rising from this ash was Leeds United who would, of course, go on to become one of the most successful clubs in English football history.