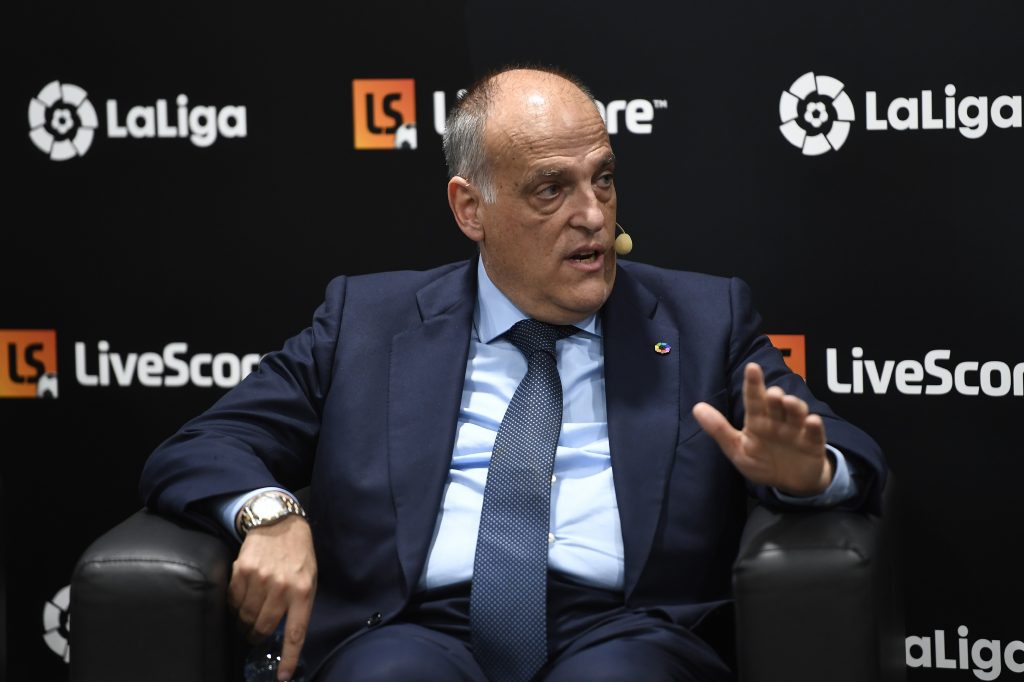 La Liga President Javier Tebas has named Newcastle United among the clubs he expects to shake the transfer market this summer.

The St. James’ Park outfit could soon have the Public Investment Fund as their majority owners as the Kingdom of Saudi Arabia’s sovereign wealth fund plans to buy 80% of the club in a £300 million bid.

Amanda Staveley’s PCP Capital Partners and the Reuben Brothers will own the other 20% equally, but the Premier League is yet to approve the deal.

The World Trade Organization has ruled that Saudi was behind satellite TV beoutQ – which used to illegally broadcast Premier League games.

The unprecedented scale of piracy has cost beIN Sports one billion US dollars in lost subscriptions, lost advertising revenue, legal fees and technical reports, and it remains to be seen if the PIF will pass the Owners’ and Directors’ Test.

Nevertheless, it appears that the La Liga chief expects the Newcastle takeover to go through given his recent comments.

“There will probably be exchanges, but no major operations. Neymar or Mbappé? I would like to, but the situation is as it is now. There is no money on the market,” Tebas told Spanish radio RAC1 (via Tribal Football).

“Manchester City, PSG or Newcastle can animate the market in a way that I do not share, but in any case I do not think we will exceed 800 million euros this summer among all.”

Newcastle will definitely be able to spend big should they be taken over by PIF, and some Magpies fans have reacted thus to his comments on Twitter:

Maybe he knows something we don’t.

I guess Real never did much big spending back in the day, all those Galacticos arriving on bosmans.

Does he know something we don’t?

What’s the source for this?? Is it going to be announced on Sunday before the match maybe? #cans

He's just salty and doesn't like mega rich clubs that aren't Spanish. He knows nothing about the takeover.

Does he know summit we dont yet 🤔

UEFA have decided to relax Financial Fair Play due to the impact of the coronavirus pandemic, and that has handed the would-be Newcastle owners a huge boost in the transfer market.