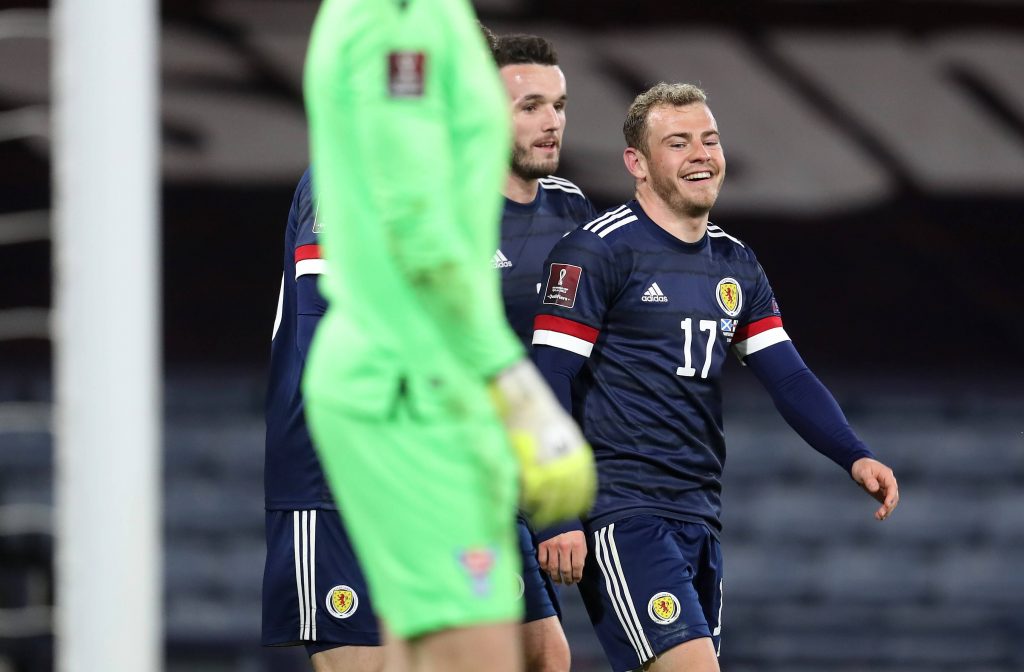 Newcastle United midfielder Ryan Fraser has had an impressive international break with Scotland, and he will be hoping to continue in the same vein with his club over the coming weeks.

The 27-year-old scored in Scotland’s 4-0 win over the Faroe Islands in the World Cup qualifiers last night, to add to the vital equaliser he bagged against Israel in the previous match.

Fraser was a quality player for Bournemouth before moving to Newcastle, but he has been a shadow of his former self since joining the Magpies.

Some Newcastle fans believe that Steve Bruce has failed to get the best out of the attacker, but his performances for Scotland show that Fraser has a lot to offer.

The Magpies are currently battling for their survival in the Premier League, and Bruce will need his key players fit and firing on all cylinders.

The Scottish international could play a key role in the remaining games if he can build on his current performances.

A confident and in-form Fraser would add goals and creativity to Newcastle’s attack. He could form a lethal partnership with Allan Saint-Maximin, Callum Wilson and Miguel Almiron over the next few weeks.

Here is what Newcastle fans had to say about Fraser’s performance for Scotland.

BREAKING: football player is much more effective when played in position.

Scotland got a real coach, we don't.

Ryan Fraser hitting some form…Watch him get benched by Brucey🤦🏻‍♂️

Ah the simple art of using Fraser in his actual position. Who’d have thought? Mind boggling stuff. Who is this genius Scotland manager? Does he want a job here?

We have good players. We know this.

Coming in from the wing, imagine my shock

Dropped for Spurs then 🤷🏻‍♂️

Can you ask Bruce to play the bloke in his correct position? instead of being a "split striker" whatever that's supposed to mean.

That's what happens when you play players in their correct position and play to their strengths. Over to you Bruce! Wont hold my breath though!

Look what hapoens when u play in ur actual position, its as if bring a winger playing on the wing brings out the best in him