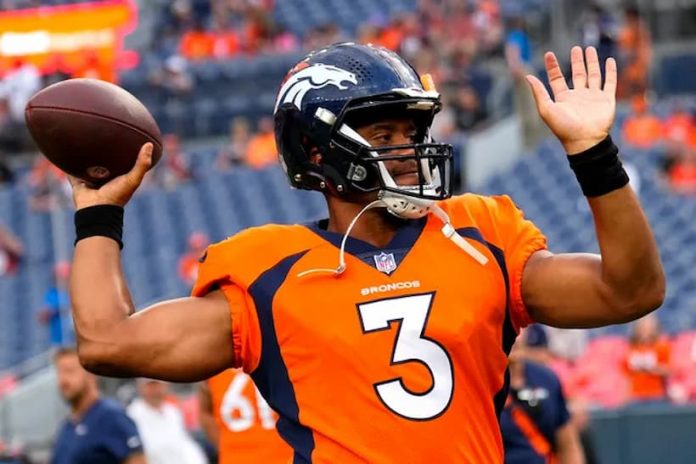 Nathaniel Hackett and the Denver Broncos are undoubtedly the most disappointing team in all of football to start the season. Despite them coming away with a Week 2 victory against the Texans 16-9 and being 1-1, this team is nowhere near as good as everybody was making them seem to be throughout the offseason.

It’s questionable why many people were so high on the Broncos, to begin with, and although it’s only been two weeks, we can see that this team isn’t going to be as elite as many were thinking. Russell Wilson is surely an above-average quarterback, but he’s dealt with some injuries throughout the past few years and he’s also 33 years old now.

This team isn’t going to be as good as they have been and when we also factor in some of the bad decisions that Nathaniel Hackett has made, it makes sense why this team might continue struggling this year.

According to ProFootballTalk, Hackett had the following to say about his highly questionable coaching recently.

“I would be booing myself,” he told reporters after the 16-9 win. “I was getting very frustrated. We (Broncos) get down to the red zone two times. Don’t get another touchdown, which is unbelievably frustrating. I don’t think we have scored in there yet. That’s something that all of our guys have to step it up. Whether we run the ball more, whatever we’re doing, we just have to execute at a higher level.”

Let’s see if he learns from some of the mistakes that he’s made throughout the first two weeks of the season because this year isn’t going to get any easier for the Denver Broncos as they play in the best division in all the football in the AFC West.

They have a difficult task the next two weeks as they take on the San Francisco 49ers and Denver Broncos, so they’re hopeful that they can finally start to play like the team that everybody was expecting them to be and possibly make the playoffs in a stacked division this season.