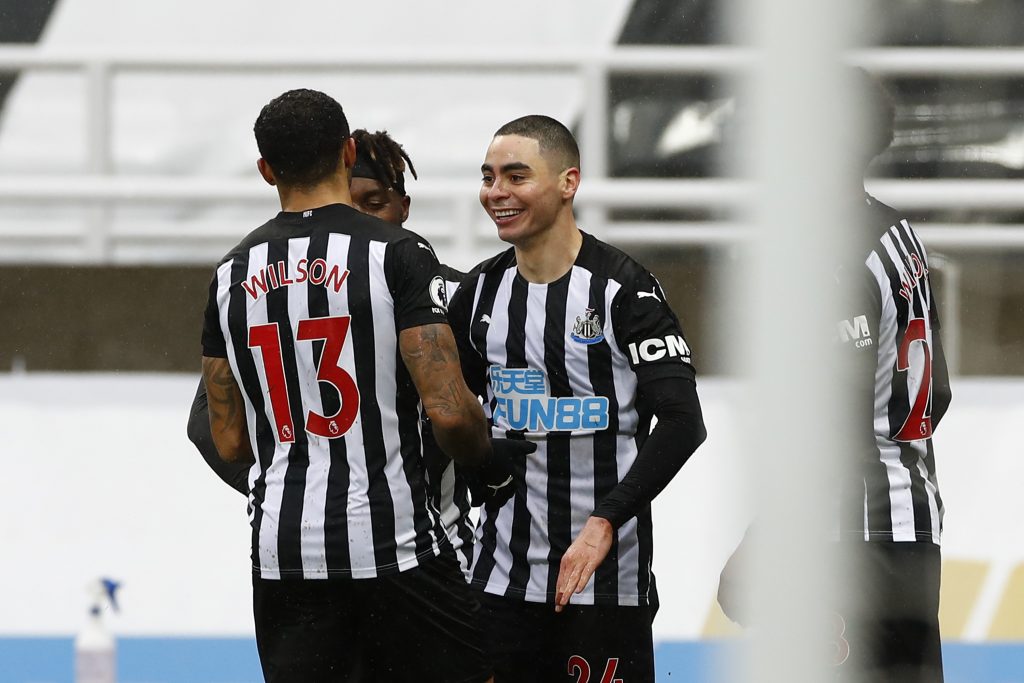 Newcastle United have been dealt a major injury blow.

Miguel Almiron and Allan Saint-Maximin will be out of action until April after picking up injuries during the 1-1 draw with Wolverhampton Wanderers on Saturday.

The club’s official website says that Almiron sustained a knee injury and Saint-Maximin has suffered a groin injury.

Both players have undergone scans and they will continue their rehabilitation with the club’s medical team.

The Magpies are already without star striker Callum Wilson and the absence of the two other attacking players is damaging to their survival hopes.

Wilson has been the best attacker at the club this season and the Magpies are already missing his goals. Almiron stepped up in the former Bournemouth star’s absence in recent weeks but the Paraguayan is now sidelined.

Newcastle are currently 17th in the league table just three points clear of the drop zone with the likes of Fulham are breathing down their necks.

Some Newcastle fans have taken to Twitter to share their thoughts on the damaging injury blow and here is what they had to say.

Yet Bruce was happy to keep playing Almiron for the rest of the half. That decision could be the difference between survival and relegation

Steve Bruce will now need to draw on every ounce of the experience he has gathered during his 20+ years as a manager. We’re screwed aren’t we? 😳