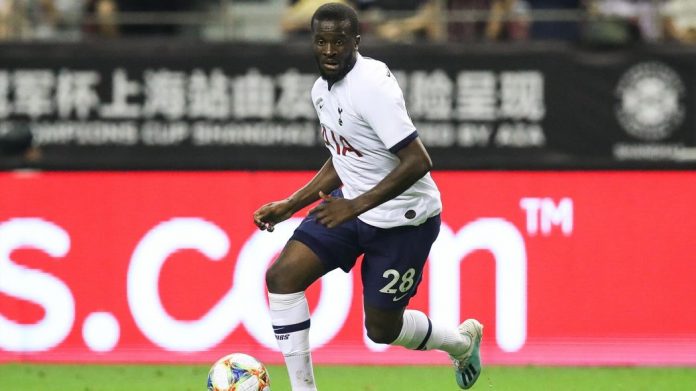 Tottenham started their Champions League campaign with a draw against Olympiakos on Wednesday night.

While Spurs fans were disappointed with the performances of Christian Eriksen and Ben Davies, football pundit Matt Upson felt Tanguy Ndombele was below par as well.

The 22-year-old, who joined Spurs on a record transfer fee this summer, made his first Champions League appearance for his new club.

Ndombele was brilliant for Lyon last season in European games and expectations are high from the midfielder, who is on £200k-per-week wages at the club.

However, he looked out of pace and was replaced by Sissoko in the 62nd minute.

He lost possession in midfield, made some sloppy passes, and looked lethargic at times. Upson made a point that his body language didn’t look right during the game.

“Tanguy Ndombele has had a poor night, right from the off. He’s been caught on the ball, made sloppy passes. I don’t know what it is. His body language just doesn’t look right to me, whether or not that’s his style I don’t know,” said Upson to BBC Sport.

“It’s quite relaxed and lethargic at times, then he will show a burst of pace. But I can understand why Mauricio Pochettino needs to bring Sissoko on to inject some energy and pace into this Tottenham midfield.”

Spurs are back in Premier League action at Saturday when they will face Leicester City.