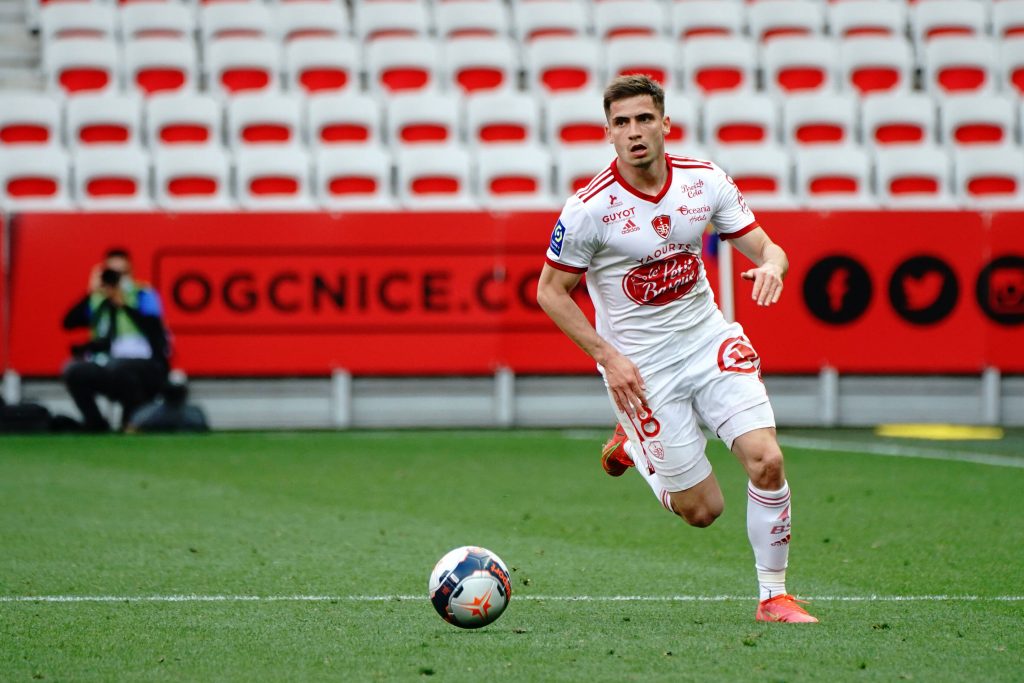 The Whites failed to recruit a left-back during last summer’s transfer window, and they relied on Alioski for the entirety of the 2020/21 campaign.

Ahead of the summer, they appear likely to lose the North Macedonia international, who has declined to sign a new contract beyond next month.

It is now reported that Perraud has been earmarked as the top target to replace him after talks between sporting director Victor Orta and manager Marcelo Bielsa.

If Alioski leaves this summer, Stuart Dallas would be the only choice for Leeds in the left-back role. He has played higher up the field since promotion.

Hence, it has become necessary to land a new signing for the position, and Perraud has been identified as the top target ahead of Nicolas Tagliafico and Josh Doig.

The 23-year-old had an impressive 2020/21 Ligue 1 campaign for Brest, registering three goals and seven assists from 36 appearances.

The Frenchman was solid defensively with nearly two tackles and two clearances per game but struggled aerially with his height of 1.73m.

This may not be much of a concern with Leeds’ attacking style of play. Alioski, who is similarly built, has fitted into Bielsa’s plans with good effect.

Leeds finished ninth in the standings in their first season in the top-flight after 16 years.

They need to bolster their ranks further ahead of their second season, which is always regarded as the toughest for the recently-promoted teams.

Sheffield United were a prime example. Leeds can’t afford to be satisfied with the current outlook of the squad and need to add more quality this summer.