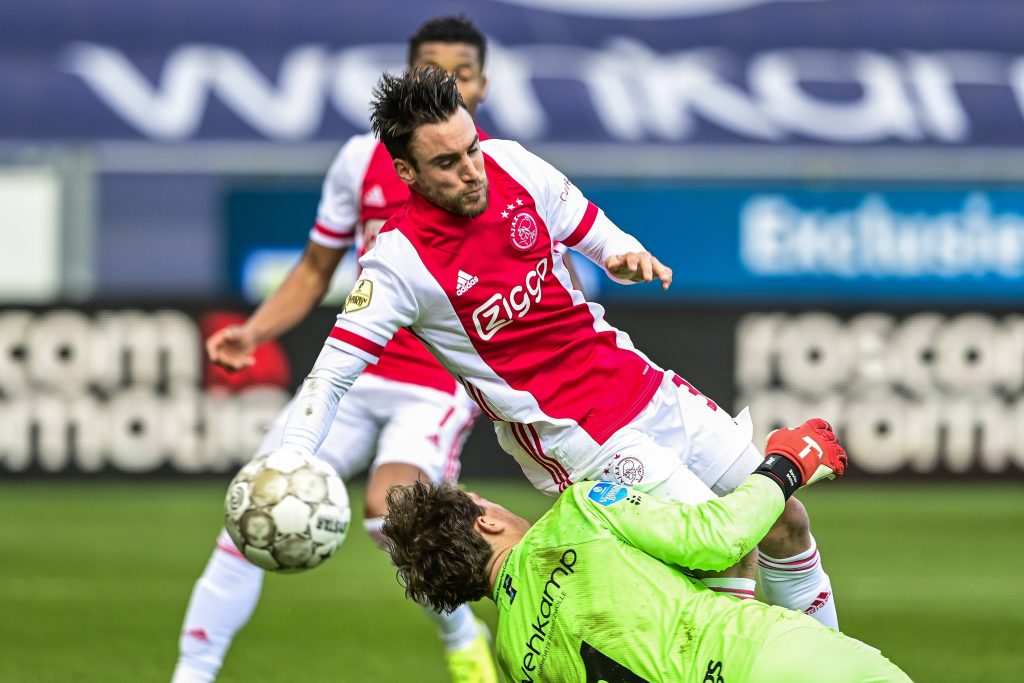 According to the Mirror, Marcelo Bielsa wants to sign a quality left-back and has identified the Argentine as a potential target.

Ezgjan Alioski and Stuart Dallas have played the left-back position for Leeds this season, but neither have been outstanding in the role.

Alioski will be a free agent at the end of this season, and the Whites must look to bring in a quality replacement this summer.

The 28-year-old has done well in the Dutch League and has the ability to succeed in English football.

The defender has a contract with the Dutch outfit until the summer of 2023, but the Premier League side will hope to convince Ajax to sell him for a reasonable fee.

Leeds have been outstanding since their promotion to the top flight, but they could have been higher up the table with a better set of defenders.

Improving their defensive unit this summer could take Leeds to the next level and help them mount a challenge to qualify for European football.

Read: Leeds keen on submitting a bid for another 28-year-old defender.