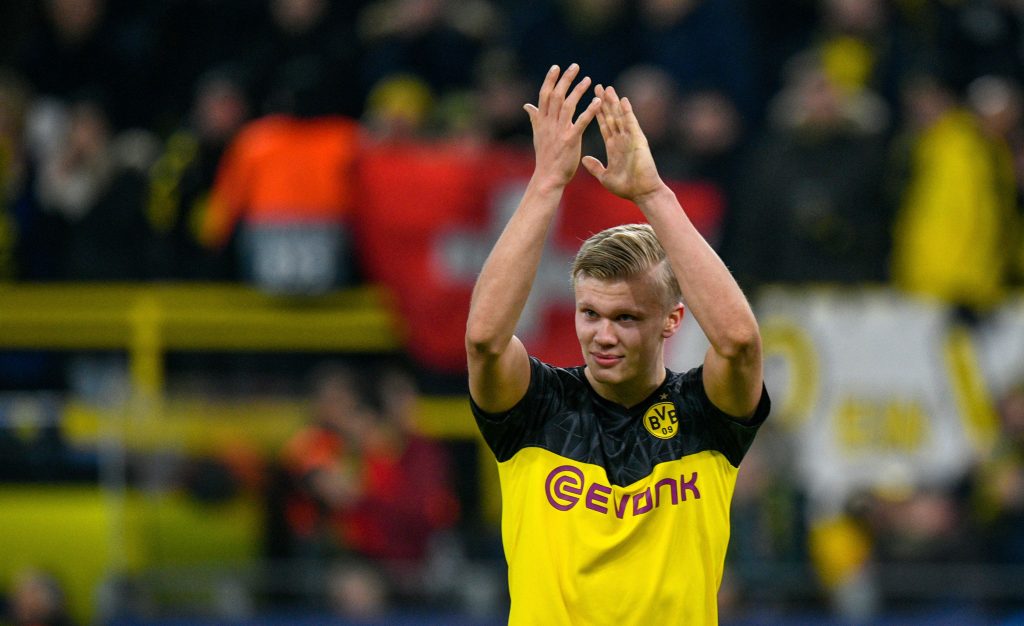 The latest round of the Champions League during the mid-week has shown that Erling Haaland is no longer just raw talent – he is a goal-machine and a sensation.

The 19-year-old captivated the fans, journalists and pundits all over the world with a stunning brace during Borussia Dortmund’s 2-1 win against Paris Saint-Germain on Tuesday night.

Haaland has a special place among the Leeds fans who keep on daydreaming that someday he might play for them, though that prospect is virtually out of the window.

Erling is the son of former Leeds player Alf-Inge Haaland. He was born in Leeds and once expressed his desire to win the Premier League with Leeds.

Now playing in one of the biggest teams in Europe, Haaland has the world at his feet, and despite his love for Leeds, it looks impossible to see him wearing the iconic white shirt.

Nevertheless, Leeds fans and journalists feel proud of Haaland every time he grabs the headline with a stellar performance, which has become a routine nowadays.

Phil Hay of the Athletic tweeted after Haaland’s latest performance: “It’s not even hype with Haaland. Genuinely that good.”

It’s not even hype with Haaland. Genuinely that good

Leeds fans have responded to his tweet, with many of them still holding on to the hope that Haaland could fulfil his destiny by gracing the green blades of Elland Road in the future. Here are some of the selected tweets:

19 years old and probably the most in form player on the planet. Unbelievable talent.

I'm coming to the conclusion that he might be a bit out of our price range in the summer.