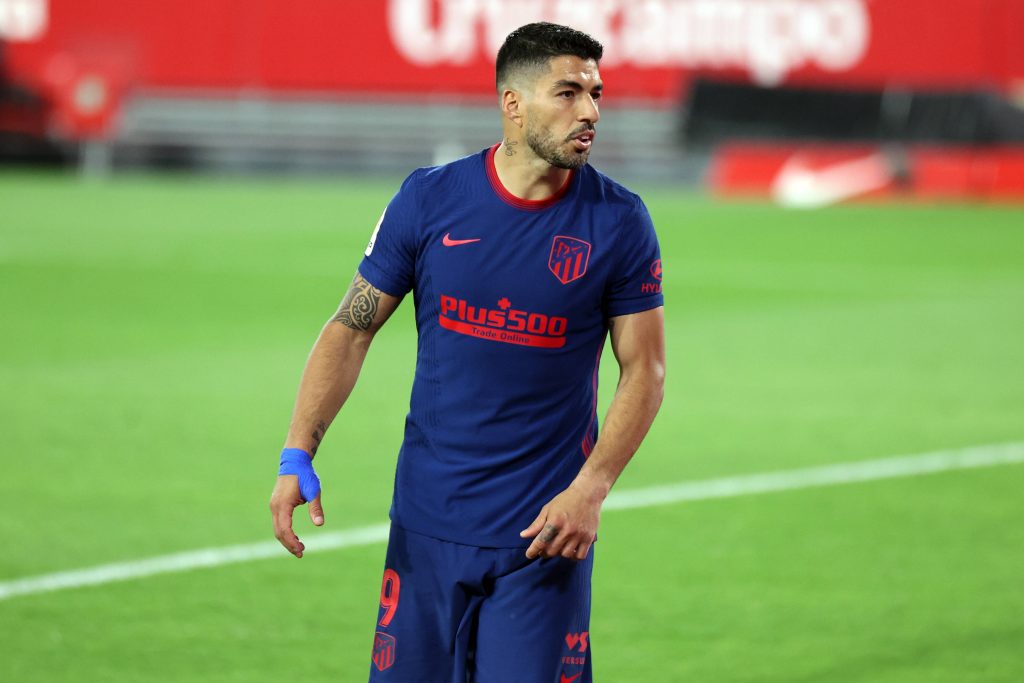 Atletico Madrid striker Luis Suarez has suffered a muscle injury in his left leg, as confirmed via the club’s official website.

Suarez came to Atletico Madrid from Barcelona in last summer’s transfer window. Despite his age, the 34-year-old has shown no signs of slowing down, scoring 19 La Liga goals in 26 appearances.

This has put him second in the race for the Pichichi, four behind former teammate Lionel Messi.

This form has helped Los Rojiblancos move to the top of the La Liga table with just nine games remaining. They remain on course for their 11th league title and their first since the 2013/14 season.

However, Diego Simeone’s side have suffered a major loss of form, winning just four of their last ten league outings.

This has seen them go from ten points clear with a game in hand at the start of February, to just one point ahead of Barcelona and three ahead of Real Madrid.

The pressure on them has been further ramped up by the news that Suarez has picked up an injury. The extent of the injury is currently unknown.

Atletico fans will be praying that it is nothing too serious. In their last six outings in all competitions, the Uruguayan has scored all but one of their goals. The club’s next top scorer in the league is Marcos Llorente with just nine.

Coming up for Simeone’s men is a trip to Real Betis, which Suarez was already suspended for. On May 9, they face Barcelona in a potentially decisive clash. They will be hoping that the striker returns in time to face his former club.

This injury news will come as a welcome boost to Barcelona and Madrid, who are cranking up the pressure on Atletico in the title race.

La Blaugrana have been in exceptional form in 2021. They have won 13 of their 14 league games since the turn of the new year, dropping points only at home to Cadiz in a 1-1 draw.

Although they travel to the Santiago Bernabeu this weekend for the Clasico and could drop points, their points advantage and form means they are considered the title favourites by the FiveThirtyEight prediction algorithm.

With Lionel Messi in fantastic form and the supporting cast stepping up, Los Cules are the front-runners and could be leading the table come May 9.

Meanwhile, Zinedine Zidane’s men have lost just one of their league games in 2021, falling to a 2-1 defeat at home to Levante back in January.

However, they may prioritise their Champions League campaign, having defeated Liverpool 3-1 in the home leg of their quarter-final clash.

Real Madrid must take this opportunity to improve

Madrid are three points behind Atletico but crucially, play the Clasico at home. The Champions League may lead to tired legs and hamper their form later this month, and a lot will rest on the second leg against Liverpool.

However, with Vinicius Junior stepping up (like Ousmane Dembele has for Barcelona), and with Hazard expected to return from injury, there is every chance that Madrid will grind out the points they need to finish ahead of their city rivals.

Win the Clasico, and they might just be looking at an unlikely push for the title itself. After the season Zidane’s men have had, winning the next two games is the kind of performance champions need – and produce – at the business end of the season.

Read also: Barcelona scrape a narrow win against 10-man Real Valladolid to go within a point of the top.