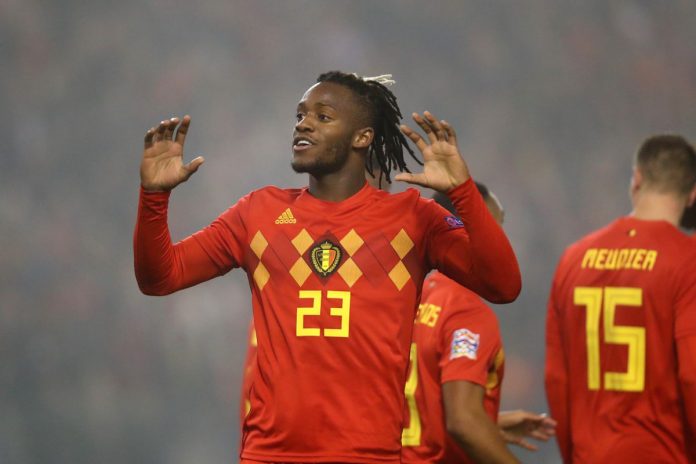 West Ham United are looking to wrap up a deal with Chelsea for Belgium striker Michy Batshuayi, but Real Betis and Everton are known to be keen on securing the services of the speedster.

The Hammers also want to send Lucas Perez on loan to Betis, and Spanish football expert Guillem Balague has taken to Twitter to provide the latest update on both deals.

Despite Chelsea and Betis agreeing loan deal for Batshuayi, the player wants to go to the Premier League

Not true #Spurs are after him

As reported by Sky Sports, Chelsea value Batshuayi at £30million and would prefer to do business with Everton, but it seems the Merseyside club are no longer interested in a deal.

The Belgium international is surplus to requirements at Chelsea, and has spent the first half of the season on loan with Valencia, but he hasn’t impressed enough and the Spanish side want to let go.

With Perez on his way out of the London Stadium, Batshuayi will be a perfect cover for Marko Arnautovic, and his Premier League experience could come handy as he tries to get back to top form again.

It remains to be seen how West Ham plan to sort out the deals before 11pm, but it sure promises to be an exciting closing hours to deadline.

Everton had earlier registered interest in moving for the Belgium striker, but any move would hinge on the club being able to sell out-of-favour striker Cenk Tosun today, and the Turkish isn’t short of suitors.

The Goodison Park outfit will most likely prefer a loan move should they register a serious interest in Batshuayi later in the day, and with the striker keen on returning to the Premier League, it’ll be interesting to see how it pans out.