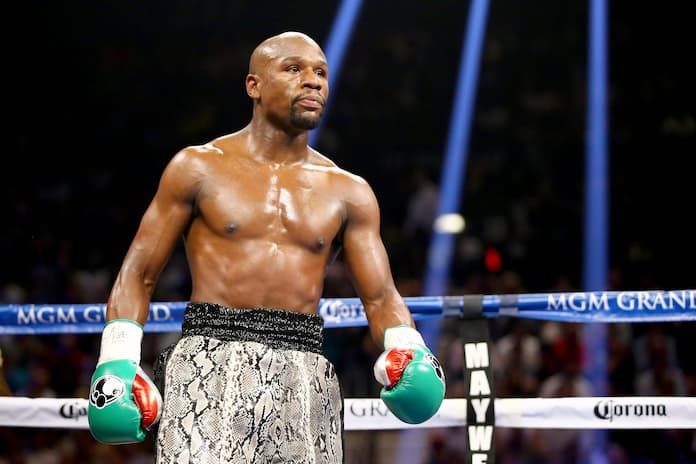 On September 25th, Mayweather will travel to Japan and take on the MMA star in his latest post-retirement exhibition bout as the American continues to earn a serious amount of money after hanging the gloves up as a professional.

The former boxing superstar will fight in the Saitama Super Arena in Japan in his latest boxing venture.

Mayweather, who retired with an impeccable 50-0 record in 2017, has taken part in a few exhibition fights since then. The American faced YouTube star Logan Paul on June 6th 2021, and also had a fight in Japan in 2018 against 20-year-old kickboxing sensation, Tenshin Nasukawa.

The fight in Tokyo versus Nasukawa was over four years ago now, with Mayweather reportedly earning $9 million for the exhibition. The fight was put on the table to ‘Money’ by RIZIN, who are also at the centre of this fight in a few weeks time.

Mayweather made short work of his opponent last time he came across to Japan, and will be hopeful of the same outcome again this time around.

To give you a bit of context about Mayweather’s next opponent, Asakura boasts a 16-3 record in mixed martial arts and has insisted that he will not suffer the same fate at his  fellow countryman, Nashukawa did.

Mayweather is now 45-years-old, but continues to earn millions of dollars each year purely from endorsements, advertising and exhibition fights like these. In fact, this is Mayweather’s fourth time since calling it a day that he will have stepped back through the ropes in an exhibition fight.

Asakura, who is a former two-division champion in MMA, insists he will defeat the former boxing kingpin, writing his name into the history books as the first to beat Floyd ‘Money’ Mayweather.

Mayweather himself is excited at the prospect of once again fighting in Japan in this exhibition:

“It’s still a great feeling to travel the world and basically do these exhibition bouts and have fun,” Mayweather said.

“My legacy is already engraved in stone, but it’s still great to just go around the world and entertain people from all walks of life.

“I’m pretty sure he’s going to come out and give his best, like any and every guy, but I’ve seen every style.

“My job is just to go out there be me, have fun and do what I do best.”

Betting Odds For Mayweather vs Asakura

Haven’t claimed the Mayweather vs Asakura betting offer yet? Don’t worry, take a look at the best betting sites and claim the best bookmaker free bets. Be sure to also check out the best offshore betting sites.

Betting odds have not yet been revealed for this fight. Once they have, we will have an updated table of odds for the highly anticipated exhibition fight.