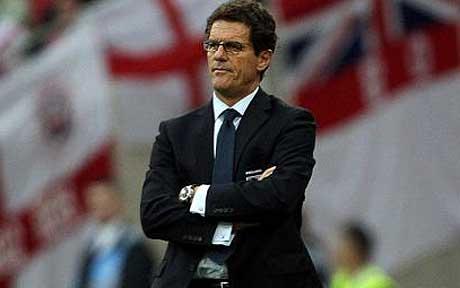 During that tournament England played an unattractive brand of football even though they had been the heavy pre-tournament favorites to win their group.

They ended up drawing games against the United States and Algeria before a win against Slovenia allowed them to advance to the last-16 as group runners-up behind the US.

The English were completely outplayed and lost their last-16 clash against Germany 4-1.

The 71-year-old Capello said: “The other teams get on with it and win. They don’t come up with these excuses. They’re losers’ excuses.

“The shirt of the national team can weigh down heavily on a player’s shoulders.

“It’s not a sacrifice, it’s not a prison. These are all things people make up in the wake of defeats.”

After leaving his job as England boss, Capello went on to manage Russia between 2012-15 and he most recently managed Chinese club Jiangsu Suning.