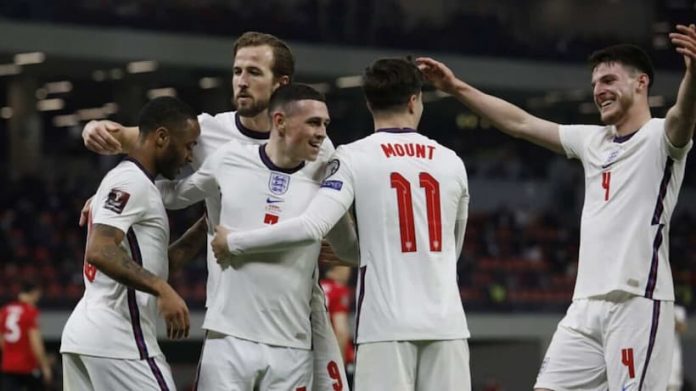 Who can England be drawn against in the World Cup Group Stages? What are the best and worst case scenarios for England? Read on as we explain some of the questions you may have regarding the 2022 Qatar World Cup draw.

The World Cup 2022 Draw takes place this Friday at 5pm BST and England fans are already chomping at the bit to find out who the Three Lions could be facing in the 2022 World Cup Group Stages in Qatar.

As there are still a few spots to fill at the World Cup, several countries still have play-off games to play in a hope to qualify for the most prestigious tournament in the world of football. As not ever spot is filled, the draw will be made with question marks over a few of the remaining blank spaces.

That being said, here at SportsLens we have put together a rough guide to who England could potentially face when the competition begins in November, as well as a best and worst case scenario, based on FIFA rankings and fierce rivalries.

Click on the link to read about the 2022 World Cup Draw, including current seeds and FIFA rankings!

World Cup 2022 draw: Which teams are in which pots?

The pots are not yet finalised as there are still several spots to fill, with teams potentially moving around following this week’s World Cup qualifiers and friendlies. However, below is a rough guestimate of which country would be in which pot if the draw were to include the favourites for the unsettled qualifiers.

Who can England face in the Group Stages at the Qatar World Cup?

With teams from the same pot unable to face one another, England will miss out on facing countries such as France, Brazil, Belgium, Spain and Argentina until the knockout rounds begin. So relax England fans, it is likely you will get a favourable draw in the Group Stages.

One country who could be a group rival in Qatar for the Three Lions is Germany. This is because they are ranked 11th in the official FIFA World Rankings at this moment in time. AFCON champions Senegal or beaten finalists Egypt are the most dangerous possible Pot 3 opponents, on paper at least. Not to mention Serbia who finished above Portugal in their qualifying group.

The winners of a play-off between Nigeria and Ghana are set for Pot 4, along with a dangerous Ecuador side that breezed through South American qualifying with complete ease.

Click on the link to read about the 2022 World Cup Draw, including current seeds and FIFA rankings!