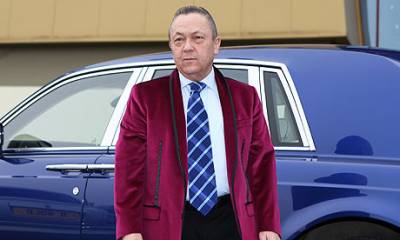 West Ham United co-owner David Sullivan has delivered a piece of heartbreaking news for the fans, claiming he cannot say for sure if they will sign anyone this summer.

🗣️ The #WHUFC chairman is talking about:

📌 The three positive COVID tests
📌 Does he regret selling Diangana?
📌 Will there be more signings?
📌 Much more!

Tune in now for the full interview.

The Hammers chairman took to talkSPORT to tell ace broadcaster Jim White of the Hammers’ plan for the remainder of the transfer window, and his update won’t go down well with the fans.

“I cannot say for sure we’re going to sign anybody. As each day passes I get more depressed.”

“David Moyes doesn’t want squad players, he wants players that improves our team but we can’t afford them! I can’t guarantee we will sign players this summer…”

David Sullivan on talkSPORT: "I cannot say for sure we're going to sign anybody. As each day passes I get more depressed." #WHUFC

Apart from activating the option to sign Tomas Soucek permanently from Slavia Prague following his impressive half-season loan, West Ham are yet to make any signings this summer, and it doesn’t appear that they will.

Despite selling Grady Diangana to West Bromwich Albion to boost their coffers and promising to invest his fees into signings, Sullivan is claiming there aren’t guarantees any will be made, and Hammers supporters won’t take the news well.

The West Ham chief and his co-owner David Gold aren’t popular with the fans, and failure to bring in quality additions will further alienate them.

David Moyes’ side have picked up zero points in the Premier League this term, losing to Newcastle United and Arsenal, and things could get tougher with their trickier upcoming fixtures.