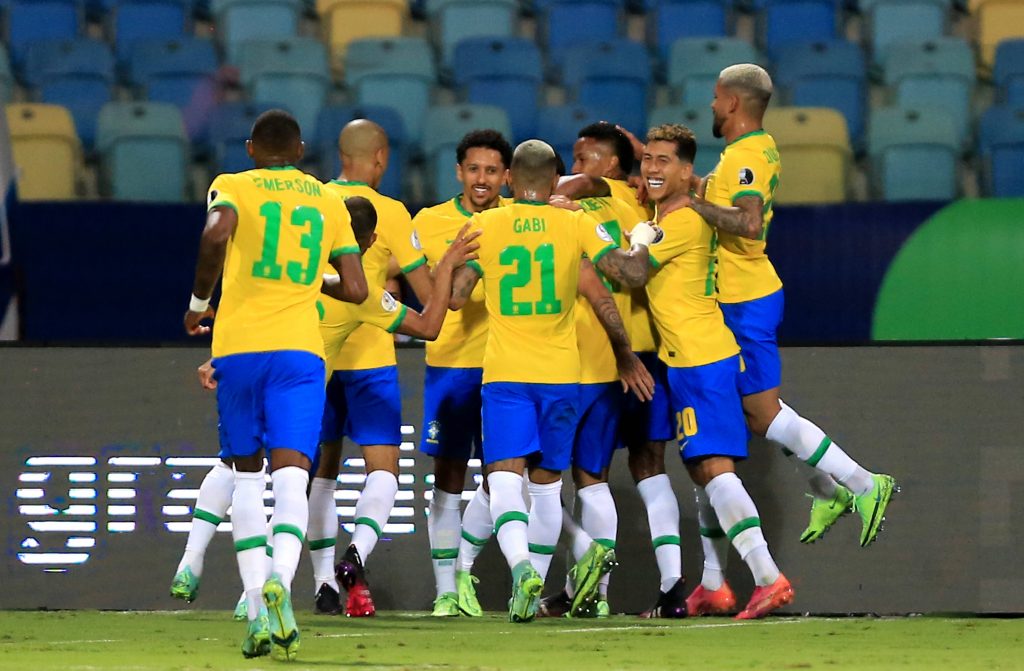 The group stages of Copa America are coming to a close, with just two Group A fixtures left to play.

Group B concluded last night, with Brazil facing Ecuador and Venezuela coming up against Peru in decisive matches. Here is how things played out.

Brazil had won their first three group stage games and had already qualified for the knockout stages as group winners. This game was a bit of a dead rubber for them.

In contrast, Ecuador were on the verge of elimination. They began the day in fourth place, but only on goal difference.

If Venezuela could better their result, they would finish bottom of the group and be eliminated.

The hosts took the lead shortly before the break. Eder Militao met Everton’s free-kick and directed a brilliant header into the far corner.

But Ecuador were able to get a vital equaliser early in the second half. Former West Ham United man Enner Valencia flicked on for Angel Mena, who struck firmly into the far corner past Alisson.

Vinicius Junior missed a glorious chance to win the game for Brazil, but the match ended 1-1.

Despite dropping points for the first time, Brazil ended the group stages comfortably in first place. They will face either Uruguay or Chile in the quarter-finals.

As for Ecuador, they just about managed to reach the knockout stage despite failing to win a single game. Their quarter-final tie will be against the winner of Group A, which is likely to be Argentina.

The other game of the evening came in Brasilia, as Venezuela clashed with Peru.

The former needed to pick up some points to keep their hopes of progression alive, while the latter were looking to avoid defeat to jump above Colombia and finish second in the group.

Both sides wasted brilliant chances to break the deadlock in the first half. Peruvian captain Yoshimar Yotun struck over when well placed, and Sergio Cordova somehow planted his header wide after Jefferson Saravino’s shot was palmed into his path.

Cordova’s miss proved to be costly, as Andre Carrillo put Peru ahead early in the second half, slamming in after some pinball from a corner. This was the only goal of the game.

Venezuela exited the tournament at the group stage, having picked up just two points. Peru finished in second place and will face whoever finishes third in Group A, which will be either Paraguay, Chile, or Uruguay.