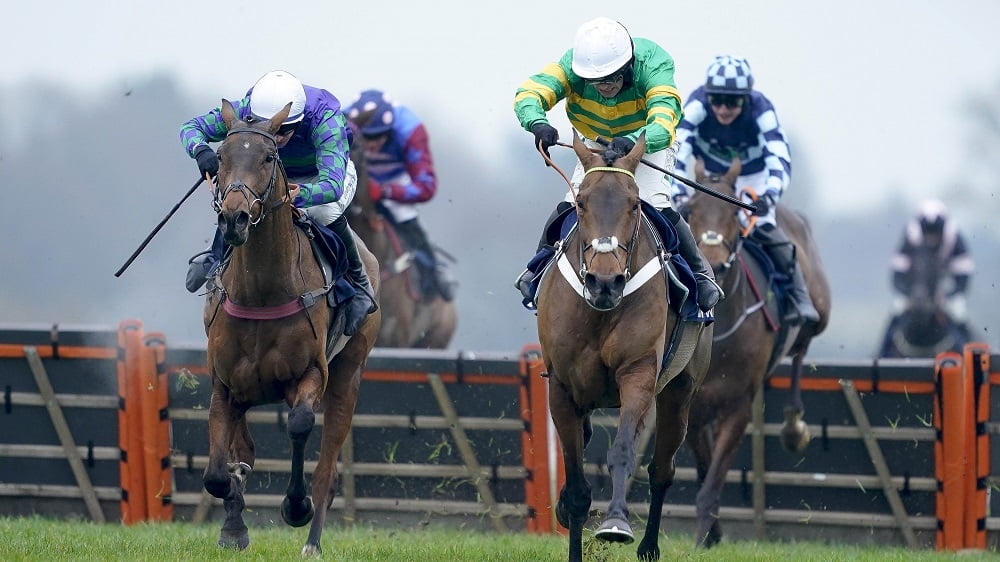 One of two feature races on Trials Day at Cheltenham on Saturday, 29 January is the 3m Grade 2 Cleeve Hurdle (3:05). This is prep for Stayers Hurdle hopefuls with one last run over the course and distance some six weeks out from the Festival. Only five runners contest this renewal, so read Cleeve Hurdle tips from SportsLens horse racing experts.

Four of the last five favourites won this. That means the best betting sites often have it right. Official ratings of recent Cleeve Hurdle winners tell us that it usually takes a horse on a mark of the mid-150s or higher. This stat eliminates two in this race and narrows the field.

Race fitness and experience of Cheltenham horse racing in the past are both essential. All recent winners had at least a month since their last run with many contesting other staying hurdle races like the Long Walk at Ascot and Long Distance at Newbury beforehand. Three of the last four victors all had a previous course or course and distance win. Who do our experts like this time? Read the Cleeve Hurdle tips below to find out.

Why Champ is a hot favourite in the Cleeve Hurdle betting

Leading British jumps trainer Nicky Henderson has never won this race but won’t get a better opportunity than now. Champ is all the rage on horse racing betting sites to follow-up on a successful return to hurdles. Owned by JP McManus, this now 10-year-old has always been held in the highest regard.

Champ, a gelding by King’s Theatre, bounced back from a fall in the Dipper Novices Chase two years ago to land the RSA Chase at the Festival. He then had an interrupted campaign last term. Nothing went right for Champ in the Gold Cup when he never travelled. Surgery on his back over the summer meant switching to hurdles this season.

Despite another lengthy racecourse absence of 274 days, Champ returned to form on reappearance in the Long Walk Hurdle last month. On that evidence, there is nothing to fear from the re-opposing third Paisley Park or pulled-up Lisnagar Oscar. An official rating of 163 puts Champ 5lb and upwards clear of his four Cleeve Hurdle rivals too.

Taking that into account, and the fact that he’s second-favourite in the Stayers Hurdle odds for the Festival, he must win this to justify that. Champ is odds-on at 8/15 with William Hill with very good reason here. The only negatives are that price and his age but he’s so lightly-raced for a 10-year-old that shouldn’t be an issue.

Bet on Champ in the Cleeve Hurdle with William Hill

Champion trainer Paul Nicholls has three wins in the race before, two courtesy of staying hurdle great Big Buck’s. McFabulous still has a long way to go to match that Ditcheat legend but shaped nicely in defeat in the Relkeel Hurdle here on New Year’s Day. Brewin’upastorm, who fell when challenging that day, has since come out and won a valuable race at Lingfield.

Connections now step McFabulous up in trip to 3m for just the second time. This eight-year-old Milan gelding ran on well up the famous hill, conceding a 7lb sex allowance to Stormy Ireland in vain. It was a fine effort from McFabulous on his return to action after 268 days off the track.

On a form line through Thyme Hill, however, there is no obvious reason why he should beat Champ on paper. Paisley Park, who has the same Cleeve Hurdle odds in the Cheltenham betting here, was also in front of him that day in last season’s Long Distance at Newbury.

However, McFabulous remains unexposed at this longer trip and is well worth another try over it. As the youngest horse in the line-up, he remains open to further progress as a stayer. Nicholls, who vaccinates his horses in January and takes time out during this month, is also in decent form considering it’s a quiet time for the yard.

Back McFabulous in the Cleeve Hurdle with William Hill

Paisley Park not the force of old

There is more to like about Hills’ odds of 4/1 among Cheltenham tips about McFabulous than Paisley Park. Emma Lavelle’s stable star is on the wane and taking longer to get over flat spots in his races. Paisley Park, also a 10-year-old, has developed a bad habit of plugging on at the one pace into third in these races. Therefore, McFabulous looks the biggest danger to the red-hot jolly.

Bar those three, it’s 20/1 and bigger for the aforementioned Lisnagar Oscar. Both he and fellow nine-year-old Dandy Mag have tons to find with Champ on official figures, so don’t appeal at all. The latter has joined Cheltenham local trainer Fergal O’Brien but ran a disappointing seventh in the Grade 3 Pertemps Final at last year’s Festival.

Rebecca Curtis runner Lisnagar Oscar, meanwhile, hasn’t won since running the race of his life to land the 2020 Stayers Hurdle. That is his only victory in 16 starts since February 2019, so it’s a big ask. A race like the Cleeve Hurdle demands more from both Lisnagar Oscar and Dandy Mag, so they have their own private battle for fourth. There are more Cheltenham Festival Trials Day tips across SportsLens.