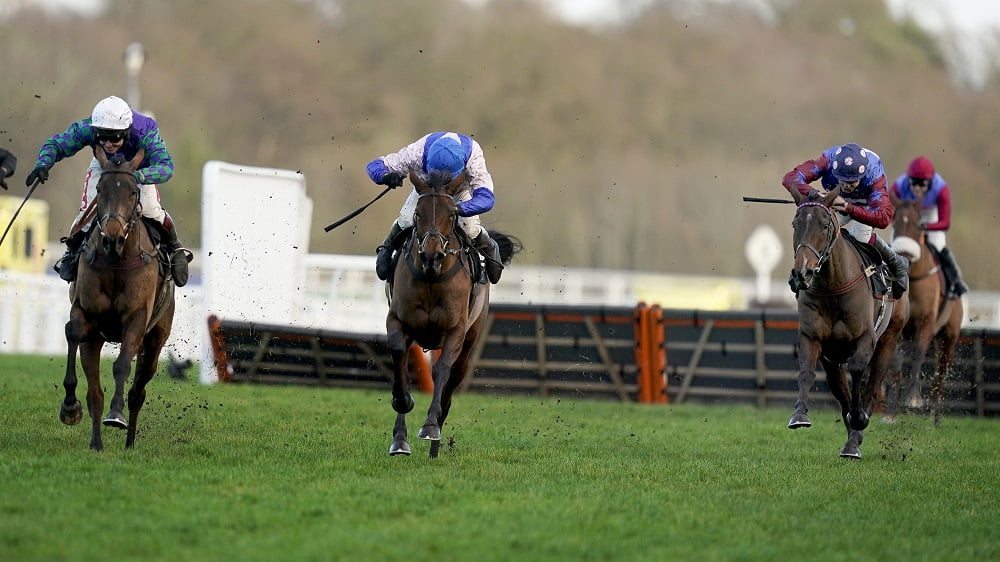 The 3m Grade 1 Long Walk Hurdle is the feature race at Ascot on Saturday, 18 December (2:25). One of the top staying hurdles in the British Isles, it has an illustrious roll of honour. Equine greats like Lanzarote, Royal Athlete, Baracouda, Big Buck’s and Reve De Sivola have all won it before. Check out the latest Long Walk Hurdle tips from our experts here.

As ever, there are some key stats and trends that can help punters find the winner. Typically for a Grade 1 contest, it invariably takes a class horse to win it. All but one of the last dozen successful in the Long Walk had an official rating of over 150. Favourites, meanwhile, have a 50 per cent strike rate in the 12 most recent renewals.

It takes a race-fit horse to win this contest. All of those successful in the same timeframe did so after at least one run, while six of the last nine ran twice or more in the campaign beforehand. Most Long Walk Hurdle winners come from the five to eight age bracket, although there are only seven-year-olds and up in this year’s renewal.

There is also a history of multiple winners. Legendary staying hurdle trio Baracouda, Big Buck’s and Reve De Sivola farmed the race. Paisley Park has also won the Long Walk Hurdle twice before, so horse racing betting sites may factor that into his price. The trends act as a guide on what promises to be an absorbing contest.

Why Buzz has the shortest Long Walk Hurdle odds

Nicky Henderson knows what it takes to train the winner of this race, so Buzz could easily enjoy a Grade 1 breakthrough on his first start over 3m. The seven-year-old son of Motivator has Ascot course form figures of 121. Only Not So Sleepy, who has since dead-heated at the highest level, denied Buzz in the Betfair Exchange Trophy here 12 months ago.

After then running a fine fifth in the Betfair Hurdle at Newbury, he chased home Abacadabras when stepped up in trip for the 2m 4f Aintree Hurdle during the Grand National meeting. Henderson decided Buzz should try the Cesarewitch on the Flat and it proved inspired as he made a successful return to action at Newmarket in the autumn.

That 2m 2f contest is one of the top staying races on the level in the UK. Buzz ran out 1 1/2 lengths too good for 2020 Triumph Hurdle heroine Burning Victory. On his return over obstacles, he landed the Grade 2 Coral Hurdle here from subsequent International Hurdle hero Guard Your Dreams. It is solid form.

Buzz remains unexposed as a stayer, so trying an even longer trip looks well worth a crack. Bookmakers already have him as the 6/1 second-favourite in the ante post betting for the Stayers’ Hurdle at the 2022 Cheltenham Festival. If Buzz is to justify that price, then he should be winning this. That explains why he is favourite and has Long Walk Hurdle odds of 2/1 with BoyleSports here.

Bet on Buzz with BoyleSports

Thyme Hill must come on from disappointing return

Last year’s runner-up Thyme Hill went on to Grade 1 glory at Aintree in the Liverpool Hurdle but ran no sort of race on reappearance in France. Philip Hobbs’ runner went down fighting in the final strides to re-opposing rival Paisley Park but has since turned the tables. Thyme Hill also had subsequent Long Distance Hurdle scorer Thomas Darby, who also re-opposes, beaten 4 1/2 lengths in third that day.

That success has earned the seven-year-old Kayf Tara gelding top rating in the Long Walk Hurdle line-up of 160. The only concern with Thyme Hill is that disappointing return to action at Auteuil. He weakened tamely out of the Grand Prix d’Automne with Hobbs running him in France instead of at Newbury because of the better prize money on offer.

It may be that Thyme Hill simply didn’t enjoy travelling across the Channel. It was his first start outside of the UK. He can only improve on that, and the market expects a much better showing in the Long Walk Hurdle from him. Thyme Hill is the 11/4 second-favourite with William Hill to go one better than 12 months ago.

Back Thyme Hill with William Hill

Irish raider Ronald Pump has been the bridesmaid at the highest level four times before. A gallant runner-up in the 2020 Stayers’ Hurdle at Cheltenham, Matthew Smith’s charge has also filled the same spot twice behind Honeysuckle in the Hatton’s Grace on reappearance in each of the last two seasons.

That trip at Fairyhouse is probably on the sharp side for Ronald Pump, an eight-year-old son of Schiaparelli. He was home 4 1/4 lengths in front of Abacadabras the last day, so arguably looks overpriced on a form line through that one in relation to Buzz. Smith put blinkers on Ronald Pump for the first time in that outing, so they may sharpen him up.

He is a likeable type but the question is whether he quite has the class at the highest level after five placed efforts in the top grade. That hasn’t stopped the bookies from shortening Ronald Pump up for Long Walk Hurdle glory, though. It’s a top-price 6/1 with Bet365 that he does finally win in elite company.

Back Ronald Pump with Bet365

Henderson has another runner besides Buzz in the contest in the shape of Champ. The master of Seven Barrows gives his JP McManus owned nine-year-old a spin over hurdles as there aren’t any suitable races for him over fences. A son of King’s Theatre, little has gone right with Champ since his RSA Chase success at the 2020 Cheltenham Festival.

He ended up running over far too sharp a trip in the 2m Game Spirit Chase when second to Sceau Royal at Newbury on his belated reappearance in February. A back problem then surfaced after Champ was pulled-up in the Cheltenham Gold Cup. He was simply never travelling then, so it wasn’t a surprise when issues came to light.

Hopefully all is well with Champ now. This isn’t ideal, yet the Long Walk Hurdle could work as a pipe opener for going back over fences. Despite a good record fresh, Champ is perhaps best watched first time out, especially as he isn’t the stable’s first string. BoyleSports are 7/1 about his chances.

Paisley Park has point to prove in hat-trick bid

Having won the race twice before, it may be surprising to punters that some online bookmakers have Paisley Park at double figure odds for this. The reason why Emma Lavelle’s stable star is such a big price relates to his form tailing off. This nine-year-old son of Oscar has run no better than third in four races since landing this again 12 months ago.

Paisley Park sees his customary flat spot lasting longer, and it is costing him. A game neck success over Thyme Hill last year saw him need every yard to win. There simply may no longer be a hurdles race far enough for Paisley Park. Lavelle has reached for cheekpieces, which didn’t have the desired effect, so now tries a first-time tongue tie.

Regular jockey Aidan Coleman serves a ban, so Tom Bellamy takes the ride for the first time. Perhaps Paisley Park has had issues with his breathing but he looks vulnerable to younger horses here. He needs to step up on tame thirds in the West Yorkshire and Long Distance Hurdle, though. That is why Bet365 offer odds of 10/1 for a Long Walk hat-trick.

Thomas Darby must prove he can back-up Newbury win

Olly Murphy remains a talented young trainer to follow but must try and get some consistency into Thomas Darby. The eight-year-old Beneficial gelding has never backed up a win over obstacles in his entire career, yet he comes to Ascot following success at Newbury. Thomas Darby stayed on from what looked an unpromising position turning for home to take the Long Distance Hurdle.

It was a first Grade 2 win for him, so now he needs to build on that. Thomas Darby has a past success at Ascot on his CV, however, after landing the Holloway’s Handicap Hurdle on Clarence House Chase day. This demands plenty more, though. There is something to find with Thyme Hill on Aintree form as well.

If Thomas Darby can put it all together and find some consistency, then he could be a bit of each way value here. William Hill are 10/1 about his chances of Long Walk Hurdle success, but the jury remains out on this horse. Bar those names mentioned, it is 20/1 and bigger for the rest of the field.

Back Thomas Darby each way with William Hill