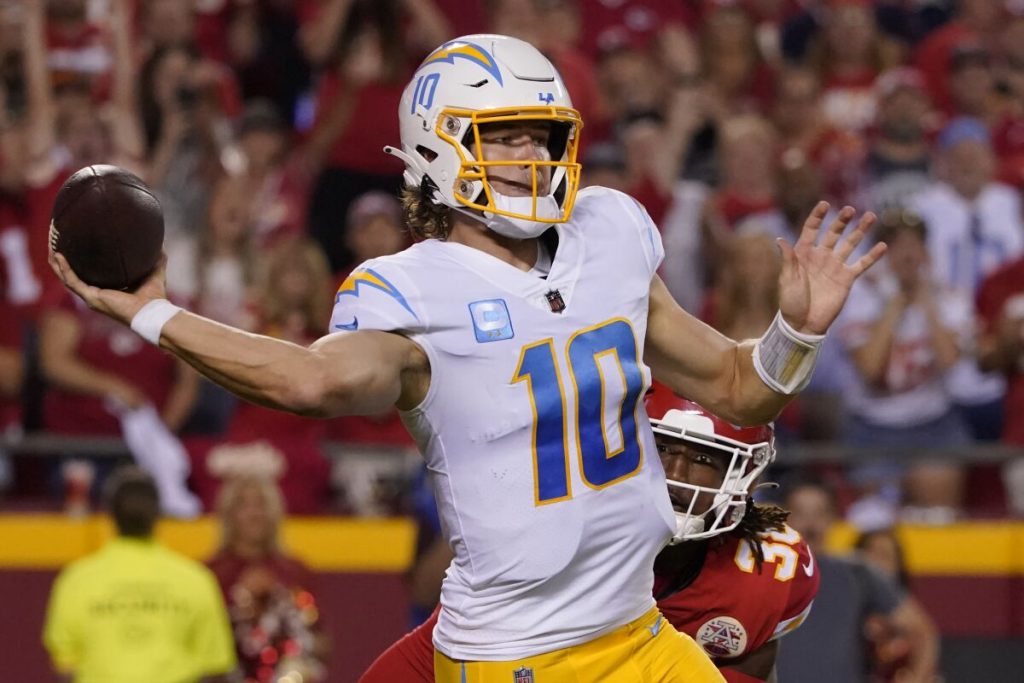 Herbert suffered a rib cartilage fracture in the final quarter of the Los Angeles Chargers 27-24 loss to the Kansas City Chiefs at the weekend, however this didn’t stop the QB from training.

According to the official Chargers practice report Herbert was limited at training on Wednesday. Despite the seriousness of the injury, Chargers coach Brandon Staley seemed fairly relaxed about his star QB’s injury.

“Justin is day to day. I think he’s gotten a lot of rest since the last game, but I think the nature of the week is certainly going to be a case-by-case, day-by-day basis.

“I know that he’s feeling more comfortable. I know that he was able to do some light throwing, some rotational work, but we’re just going to take it day by day and see where his comfort level is and truly trust him and let him be the guide of where we’re at and make sure we’re prepare either way.”

With just under six minutes left on the clock in the Chief’s game, Herbert took a heavy hit to the ribs in the backfield and the quarterback immediately rolled over holding his midsection in clear pain. 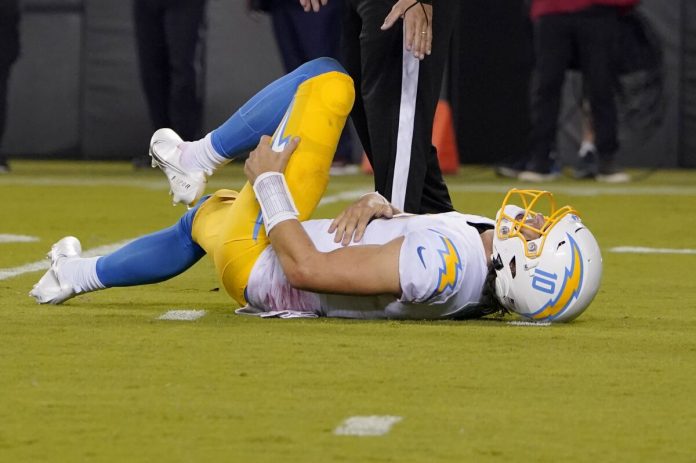 After being assessed by team doctors for two minutes, Herbert left the field unaided and looked to be ok. The QB returned to the field after missing one mandatory play which backup QB Chase Daniel filled in for and fought through the pain, however Herbert was in clear distress for the rest of the match, wincing at every following hit.

The Chargers and Herbert have until the weekend to rest and assess their star QB before he can play, as they face the Jacksonville Jaguars on Sunday.