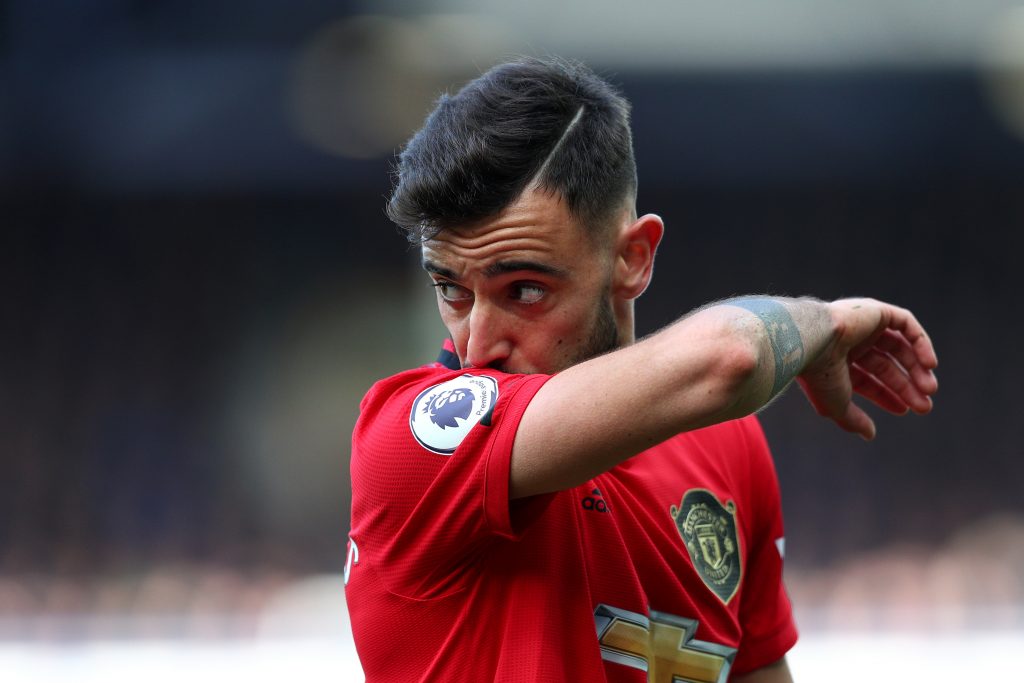 Manchester United managed a 1-1 draw against Everton in the Premier League at Goodison Park on Sunday.

With both Chelsea and Tottenham Hotspur dropping points, the draw hasn’t turned out to be a bad result for the Red Devils. The race for the top four is very much alive as both United and Wolves are trailing fourth-placed Chelsea by just three points.

Fernandes has scored two goals and provided two assists already in his four Premier League games. The Portuguese midfielder took to Twitter after the game to express his reaction. He wrote:

Not the result that we wanted but we’ll keep fighting to improve! Thank you for the amazing support today in the stands reds 🔴 Time to rest and get ready for the FA Cup 👊🏼 @premierleague @ManUtd pic.twitter.com/8QpF84RIik

Dominic Calvert-Lewin scored an early goal for the home side. Fernandes restored parity with a long-range effort, although Jordan Pickford should have done better at the near post.

Fernandes is gradually becoming a hero among the fans. Many Manchester United fans have responded to his tweet to let him know that he is indeed a very special player.

You are the GOAT midfielder bruno, I hope we don't over work you…

Whatever gravy is in Portuguese. You’re a different version of that amigo

You were class again Bruno, had a fantastic start to your career here 👍 Very big one next weekend now!

Manchester United are in action in the fifth round of the FA Cup on Thursday, before the Manchester derby at Old Trafford against Manchester City in the Premier League on Sunday.