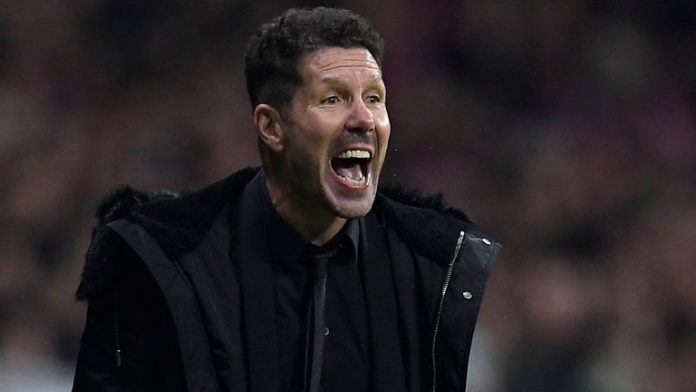 Diego Simeone’s side have been extremely tough to beat in recent weeks, winning 10 of their last 12 league matches.

They have kept nine clean sheets during that run and are favourites in the online betting to pick up another three points this weekend.

The game was decided by a blunder from Valladolid defender Joaquin Fernandez, who headed a cross by Atletico’s Saul Niguez into his own net.

The home fans endured a nervy finish to the game, with Valladolid controversially denied a penalty by VAR.

The result left Barcelona needing to beat Levante on Saturday to wrap up the title and the Catalan side duly claimed the trophy courtesy of Lionel Messi’s 62nd-minute strike.

Despite missing out on the title it has still been an excellent campaign for Atletico. They have lost just five league games this term and their 23 goals conceded is the best in the division by some distance.

A nine-point advantage over Los Blancos is an impressive statistic and they have undoubtedly been Barca’s only serious challengers for the title this season.

Critics of Simeone will point to their exit from the Champions League in the round of 16, but there was no shame in being beaten by Juventus.

They will head into this weekend’s game fully confident that they can overcome an Espanyol side who have had an indifferent time of things in La Liga during the current campaign.

The Barcelona-based club have won less than half their league games this season, although they have picked up enough points to stay clear of the relegation zone.

Espanyol have won nine of their 17 games at home this season, scoring 23 goals and conceding 22. Atletico have lost just four league matches on the road and conceded just four goals in their last six away outings.

Antoine Griezmann’s penalty was enough to secure a 1-0 victory in the reverse fixture and it would be no surprise to see Atletico record a similar scoreline at the RCDE Stadium.

Simeone’s side were beaten on their last visit to Espanyol back in December 2017, with Sergio Garcia’s 88th minute goal sealing a surprise 1-0 victory for the home side.

However, Atletico are strongly fancied to come out on top this weekend and extend their recent winning run to five matches.

With winnable looking fixtures to come against Sevilla (H) and Levante (A), Los Colchoneros could quite feasibly end the campaign by collecting another nine points.

A potential 83-point tally would be an impressive return for Atletico, especially when considering the financial resources of their two main rivals.

Whether they can mount a sustained title challenge next season is open to debate, particularly with both Barca and Madrid expected to strengthen their squads this summer.