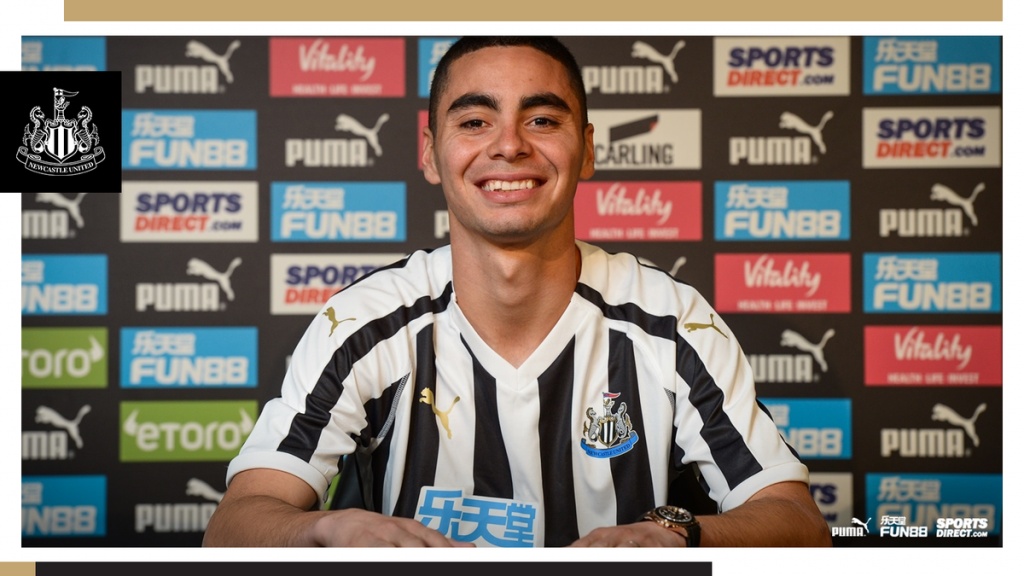 The Magpies’ former transfer record has stood since 2005 when they spent £16.5million to bring English striker Michael Owen for from Real Madrid, and making another huge business in the market had been long overdue.

After manager Rafa Benitez threatened to leave if signings weren’t made in January, Almiron’s arrival comes as a big relief, and Newcastle legend Alan Shearer believes the board were forced to finally make the move for two reasons.

“A new signing, and about time too – the fans have been desperate for something to cheer about, someone new to come in and freshen things up. The manager has wanted him for a while now, Almiron from Atalanta in America,” the ex-prolific striker told Coral.

“And it’s season ticket renewal time, there were thousands who were not prepared to commit unless the club did something with regards to bringing someone in with a transfer, and they’ve done that now.”

Almiron wasn’t eligible to face Tottenham Hotspur on Saturday, but he will most likely feature against Wolverhampton Wanderers next Monday as the team could immediately do with his creativity after they struggled in the 1-0 loss to Spurs.

Newcastle have scored just 21 goals in 25 league games this term, and they will be hoping the 25-year-old, who scored 13 goals and assisted 11 others in 37 MLS games in 2018 can help them improve significantly in the final third.

The club have finally granted one of Benitez’s wishes and they will be hoping he eventually signs a new contract come summer.

Our ambassador @alanshearer is delighted to see Newcastle on the up again after a fine 2-1 win over Man City! #NUFC pic.twitter.com/dmJTr8NXSB