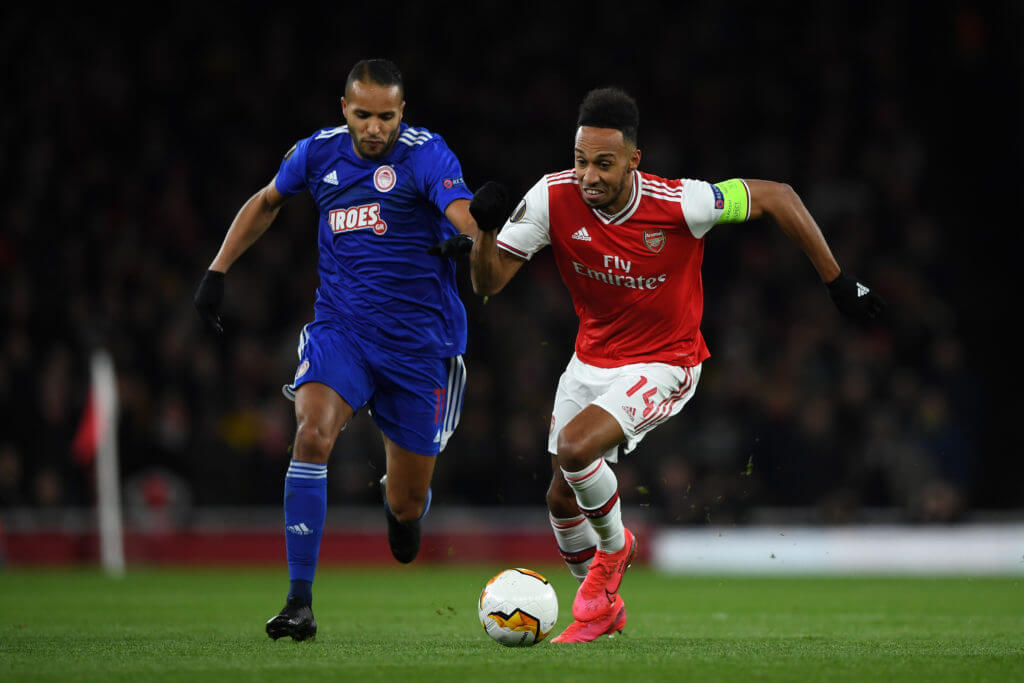 Arsenal striker Pierre-Emerick Aubameyang has just a year left on his current contract at the North London club, and he has been targeted by a host of clubs including Barcelona and Manchester United.

According to reports from the Daily Star, Barcelona have cooled their interest in the former Borussia Dortmund striker who has netted 17 league goals for Arsenal this term after winning the Golden Boot last season. The Catalan giants are focussing on signing Lautaro Martinez instead.

The news comes as a boost to Manchester United who are looking to bolster their forward line in the summer. The Red Devils are looking to sign Odion Ighalo on a permanent deal while are reportedly keen to sign his national teammate Victor Osimhen as well.

The Gunners paid £56 million for Aubameyang when they signed him in January 2018 from Dortmund, and they will be looking to recoup that money if Manchester United make any concrete approach. Recently, Sky Sports pundit Paul Merson has claimed that Aubameyang would be a brilliant signing for the Red Devils.