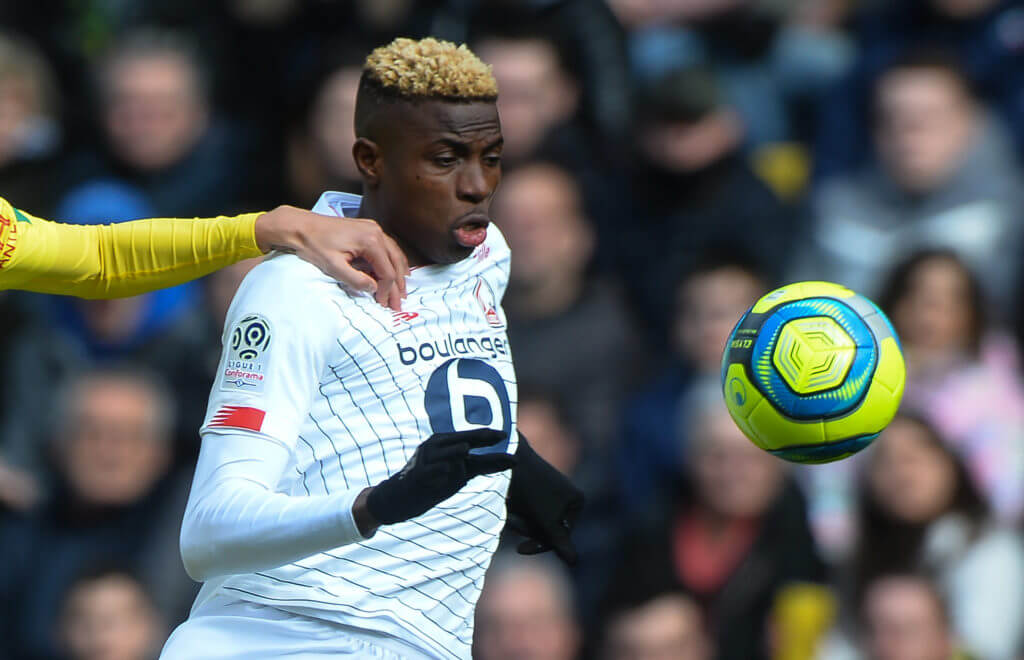 According to reports from French publication, Le 10 Sport (h/t the Daily Mail), Manchester United have made Lille striker Victor Osimhen as one of their ‘priority’ signings in the summer transfer window.

The 21-year-old is one of the hottest rising talents in world football at the moment. He has impressed heavily for Lille this season, and has scored 17 goals in 35 appearances for the Ligue 1 side.

His impressive form has caught the attention of several heavyweight European clubs including Real Madrid. The report claims that Premier League giants Manchester United are also in the race to sign him, and Ole Gunnar Solksjaer has earmarked the youngster as a priority signing.

Manchester United are looking to bolster their strike department in the summer, and Osimhen would be a smart signing for the Red Devils.

United signed Osimhen’s national teammate Odion Ighalo in the January transfer window. The 30-year-old has made a strong impact for the Old Trafford club, and United are looking to sign him permanently for a fee in the region of £15 million.