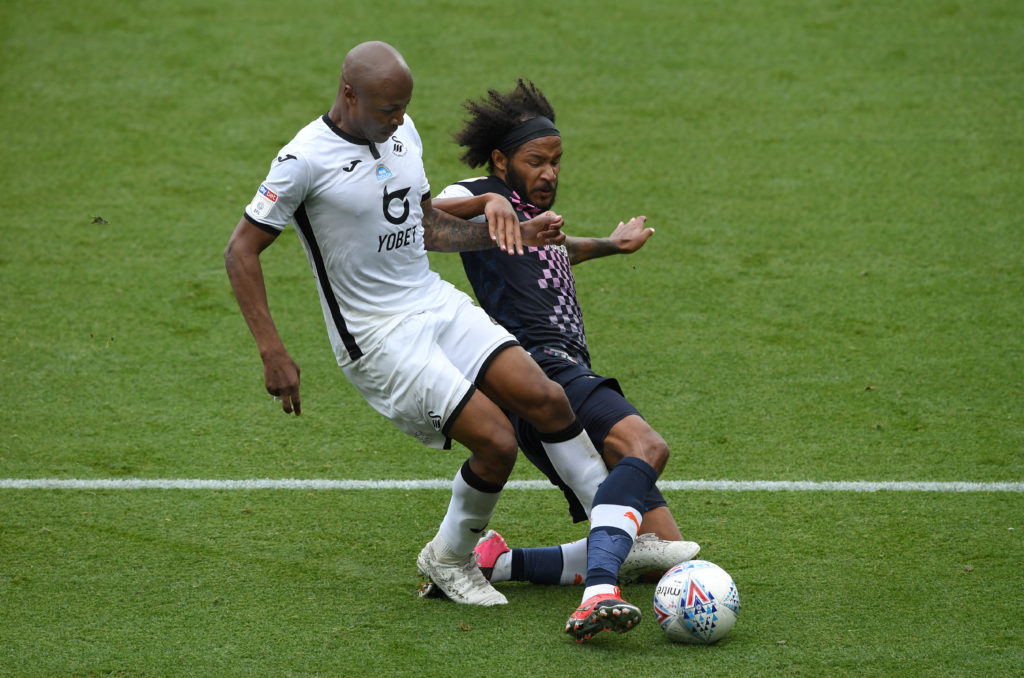 Leeds United find themselves within touching distance of securing promotion to the Premier League following their hard-earned yet crucial 1-0 victory against Swansea City on Sunday.

Pablo Hernandez came from the bench to score in the 89th minute to give Leeds all three points against Swansea City.

Although Swansea are not out of promotion contention, the defeat means they have missed the chance to climb into the Championship play-off places.

And Andrew Ayew was visibly frustrated after the final whistle. He kicked Leeds United’s water bottles over as he stormed off the pitch, as relayed by Yorkshire Evening Post journalist, Graham Smyth.

Ayew has a tantrum. Kicks Leeds United's water bottles over as he storms off.

Many Leeds fans quickly responded to his tweet to let him know what they feel. Many feel that Ayew has been an embarrassment for the Swans, while there are others who feel that the reaction was natural as he was frustrated.

Some Leeds fans felt that it was ‘Karma’ as Ayew celebrated as if Swansea had won the league. Here are some of the selected tweets:

Perhaps his head was hurting, kept trying to get free kicks for it. Doyle.

Poor from ayew but both teams had everything to play for

Surprised he didn't fall over them 😂

He was frustrated with the result! Shows he cares!

His diving all game wasn’t quite enough was it?

Water bottles to receive a retrospective ban from the F. A for clearly interfering with Ayews departure from the pitch, for a "good cry"

He’s been an embarrassment to Swansea today

Leeds managed 57% of possession and registered 12 shots during the game, according to BBC Sport.