Karen Brady is basically a British sporting executive and a broadcaster. She has been the managing director of Birmingham City from March 1993 to October 2009 when the club was taken over. She was just 23 when she was first appointed at Birmingham. Recently, in this month, she was appointed vice-chairman of West Ham United following a change in the ownership of the club.

Brady is roughly 40 years old (born in 1969) and she has done a fairly good job in maintaining herself, I should say. In 1995, she married a Canadian footballer Paul Peschisolido and they have two kids together. In 2006, she underwent neurosurgery to prevent the unexpected cerebral aneurysm found in her head (I believe).

She is a very workaholic dedicated person. She came back to work three days after giving birth to her first kid and a month after the neurosurgery. 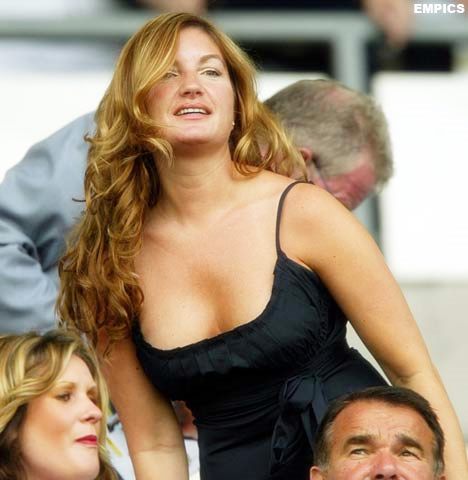 So, what do you think? Is Karen Brady hot? Lets us know with a comment and also if there are any other hot women sports executives, administrator, player, etc.; do let us know.

For more on this topic, follow the link and listen to the Episode 37 of the Soccerlens Podcast.