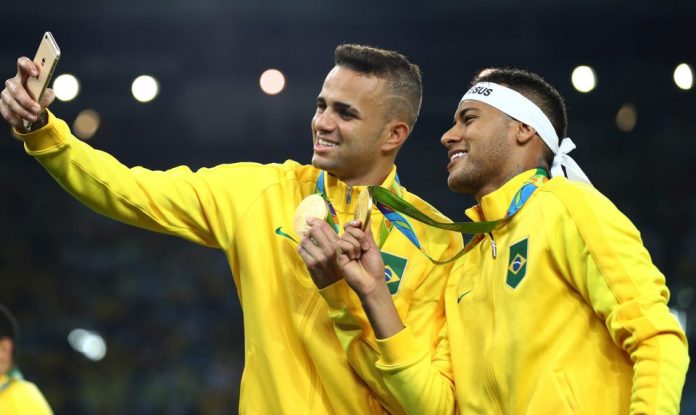 The summer transfer window closes tomorrow night and the Premier League elite are looking to wrap up their business and finish the window strongly.

Here at Soccerlens we bring you some of the latest transfer news/rumours from Europe’s most popular footballing league.

The highly rated Gremio forward impressed for Brazil during the Olympics this summer and helped his country win the gold medal in Rio.

According to latest reports from the English media, Klopp is looking to put together a new look attack and has identified Luan as the perfect foil for Firmino and Coutinho.

Luan scored twice in the Olympics this summer and has been linked with a move away from Brazil all summer.

However, a deal will be complicated due to his ownership issues. Gremio own 70% of the player and the rest will have to be negotiated with a third party.

With just two days remaining in the transfer window, it is highly unlikely that Liverpool will be able to complete the transfer this summer.

According to Daily Mail, Chelsea are close to signing the Inter Milan midfielder Brozovic for a fee of 25 million pounds.

Inter have signed Joao Mario from Sporting this summer and are now willing to let go of the Croatian international.

Antonio Conte wants to add more depth to his central midfield and is an admirer of the Inter Milan midfielder.

The Spanish left-back has impressed for the Serie A club and Conte wants him to strengthen the Chelsea defense. The Blues do not have a specialist left back in their squad at the moment and are using Azpilicueta as a temporary solution.

Arsenal centre-back Calum Chambers is set to sign for Premier League side Middlesbrough on loan.

The former Southampton player has failed to establish himself as a starter at Arsenal so far and will now leave in order to secure regular first team action.

The Gunners are set to sign Shkodran Mustafi from Valencia and therefore Chambers will find it harder to break into the first team scene now.

Goal are claiming that a deal has been agreed between the two clubs.

Furthermore, the arrival of Rob Holding has also complicated matters for Chambers. The former Bolton defender is now ahead of Chambers in the pecking order at Arsenal.

The 28-year-old winger impressed for the Italian champions last season and Juventus were keen on extending the loan deal. However, the Blues want to get rid of the player permanently and have now opened talks with the Serie A outfit.

Cuadrado joined Chelsea in January 2015 and failed to impress the then Chelsea manager Jose Mourinho. He was then loaned out to Juventus last season.

According to latest reports from the Spanish media, Tottenham manager Mauricio Pochettino has asked the club to sign Isco.

The Real Madrid midfielder has been in and out of the side ever since he joined Los Blancos from Malaga.

Isco needs to play regularly in order to fulfill his potential and therefore the Spaniard has been linked with a move away from Bernabeu all summer.

Marca claims that Spurs have now asked for him and a deal will be difficult to complete.