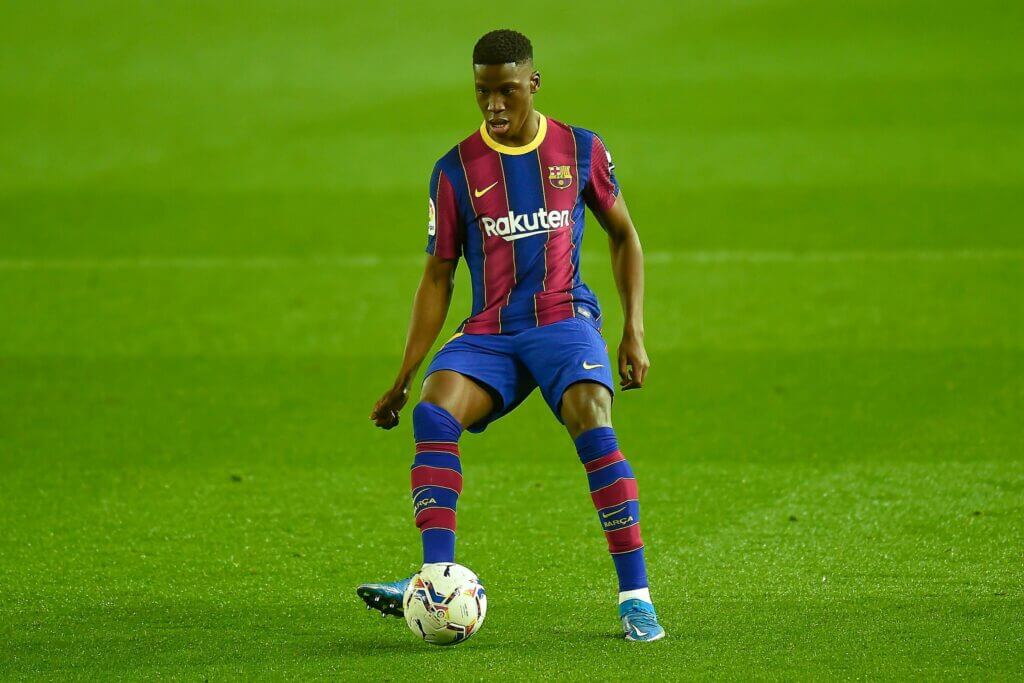 According to reports from Spanish outlet El Gol Digital, Arsenal and Tottenham Hotspur are interested in signing Ilaix Moriba this summer.

The 18-year-old is a highly-rated young midfielder who made his first-team debut in January.

The youngster has scored once and provided two assists in La Liga, while he also featured in the last-16 Champions League tie with Paris Saint-Germain.

The report claims that his rapid progress has caught the eye of two north London clubs, with both Arsenal and Spurs keen for his services in the summer.

There is also interest from the likes of Chelsea and Manchester United for the midfielder who has a contract at the club until 2022.

The report is full of contradictions. It claims Barcelona are ready to send him on loan to Real Betis next season to convince him to stay.

For a player who has already made an impact in La Liga and played in the Champions League, his value has been quoted to be around £4.3 million (€5 million).

It is unclear what Barcelona are planning to do with him. If United and Chelsea come up with a tempting offer, the Catalan giants – who are struggling financially at the moment – could cash. However, they may need to increase their asking price.

Spurs would be looking to sign a midfielder in the summer, but Jose Mourinho is likely to invest in an experienced player.

In other news, check how Tottenham fans reacted to reports of Sevilla’s interest in Davinson Sanchez.