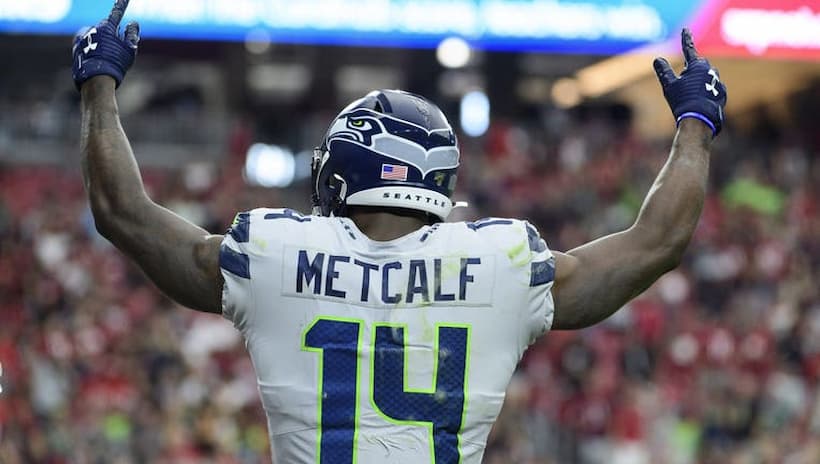 NFL fans can claim a $1,000 deposit bonus signing up to BetOnline to wager on MNF: Seahawks vs Saints

Wilson’s replacement under center, Geno Smith, kept the offense ticking over nicely in a tough defeat to the Steelers last time the Seahawks took the turf. But the NFL is a results business and, with Seattle rapidly losing ground on the Cardinals and Rams in the NFC West, the West Virginia graduate needs to take it up another notch to dice a stern Saints defense on MNF.

Bet on Seahawks vs Saints at BetOnline

BetOnline is offering a 50% first-time matched deposit bonus that’s worth up to $1,000 to anyone that signs up with the sportsbook in time for Seahawks vs Saints

To claim your 50% deposit welcome bonus when you sign up to bet on MNF: Seahawks vs Saints, just follow the simple steps below:

The Seahawks did well to keep last week’s match-up with the Steelers competitive. But, without Russell Wilson’s arm strength and ability to extend plays, some of the flaws in the current Seattle roster were highlighted as the Steelers took a 23-20 OT win.

The offensive line that Wilson spent a large chunk of the offseason bemoaning underperformed ahead of their stand-in QB, giving up five sacks and eight QB hits at Heinz Field. Overall, the Steelers do boast a better pass rush than the Saints, who are ranked 29th with 9 sacks in the NFL, do on current form. But, still, Kyle Fuller, Gabe Jackson, and the rest of the Seahawks’ OL need to do a much better job tonight if Pete Carroll’s team hopes to escape with a big home win.

The Saints have been through hell and high water (literally) so far this year in the NFL, and Sean Payton’s team did well to make it to BYE week at 3-2 given the onslaught of unfortunate variables that conspired to disrupt New Orleans’ season:

There were floods in Louisiana. The Dome was out of action for the first two home games and Saints had to play at home on the road. They were training in Dallas. A large portion of the coaching team caught COVID. Arguably the NFL’s best WR Michael Thomas hasn’t been healthy; key members of the OL & DL haven’t been fit to play – the list goes on. But, besides a poor performance vs the Carolina Panthers in Week-2 and a terrible 4th quarter vs the Giants in their first game back at the Dome, the Saints have played some efficient football, and, led by star RB Alvin Kamara and new QB Jameis Winston, still bear all the hallmarks of a Sean Payton driven offense in this post-Drew Brees era.

With over a week to rest up and get some key players back from injury, the Saints now need to get themselves on a winning run to keep up with NFC South pacemakers, the Tampa Bay Buccaneers (6-1), as the NFL campaign edges towards its midway point.

The Saints’ secondary was an area of concern heading into the season but has been very good to date, ranking second in the NFL for QB rating allowed (71.3) and 4th for Cmp% allowed. The New Orleans pass rush is yet to pad the stats with sacks but does create pressure on opposing QBs too, which leads to us thinking that Seahawks QB Geno Smith could be in for a difficult evening in this one. 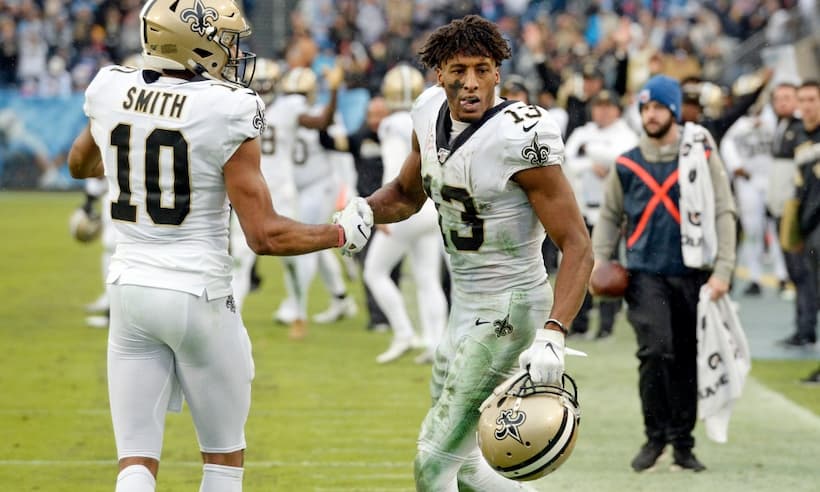 Seahawks QB Russell Wilson is likely to miss at least another fortnight of play as he continues his recovery from that nasty-looking dislocated finger courtesy of Aaron Donald. RB Alex Collins is also set to miss out. With Chris Carson on IR, this likely means increased reps for D.J. Dallas and Travis Homer. LG Damien Lewis is questionable to play, too.

On defense, Seattle is waiting to discover if Darrell Taylor will be fit enough to suit up but reports indicate that the LB should be good to go.

Over in New Orleans, there are some big offensive absentees, too: QB2/joker Taysom Hill is still on concussion protocol; WR Deonte Harris misses out; WR Michael Thomas, who Payton had hoped would be fit to suit up after the BYE, is still missing, too.

On the Saints defense, RDT David Onyemata is suspended for tonight’s game, and rookie RDE Pete Werner is out with a calf injury. New Orleans is also without long-term IR cases Marcus Davenport and Kwon Alexander, too.

Sean Payton will have been hoping to have gotten more players back from injury during the Saints’ two-week break from football. Unfortunately, things haven’t gone according to plan. Given how often he comes to the fore on crucial downs and in the red zone, the absence of QB option Taysom Hill, in particular, will be a big loss.

With that said, betting on the 2-4 Seahawks without Russell Wilson is too big a leap for us, even at Lumen Field.

We’re expecting the Saints secondary to ball out and, together with punter Blake Gillikin, who had himself a GAME vs Washington a fortnight ago, win the Saints the great field position needed to claim the result.