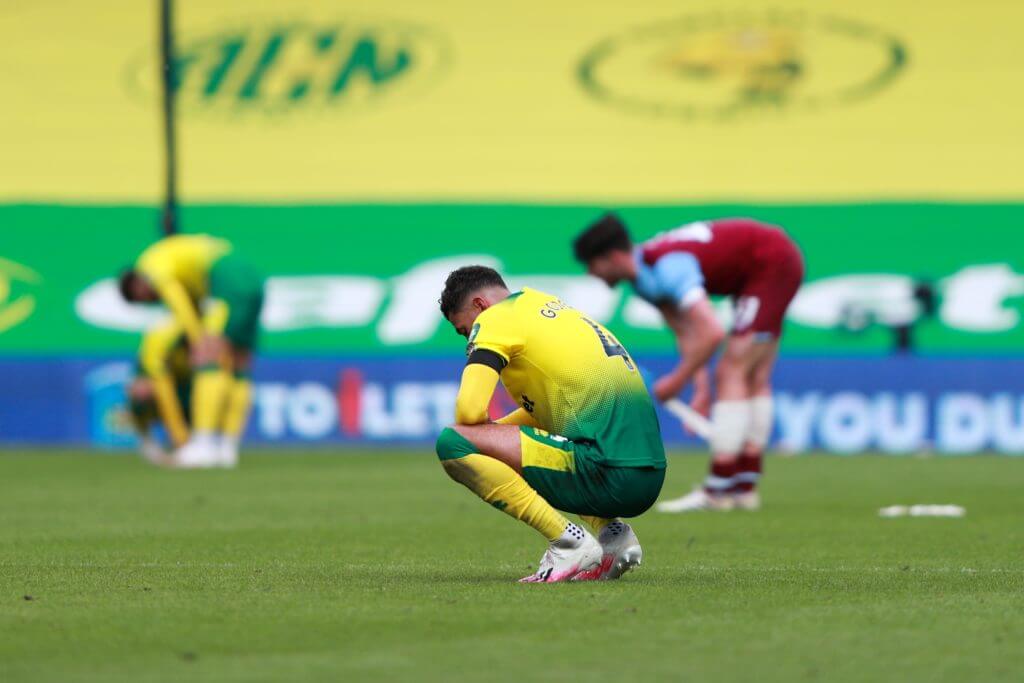 It is an open secret that Tottenham Hotspur need to sign a centre-back this summer.

With Jan Vertonghen all set to leave after the end of the season, Spurs need new players in that position. And they have earmarked Norwich City’s Ben Godfrey as a potential option.

According to reliable journalist and transfer expert, Nicolo Schira, the north London outfit are keen on the young defender.

Norwich City were relegated to the Championship yesterday after they lost 4-0 against West Ham United in the Premier League at Carrow Road.

The Canaries could be forced to sell some of their key players this summer, with the likes of Max Aarons, Todd Cantwell and Emiliano Buendia being targeted.

If the reports are to be believed, Spurs are also willing to let Juan Foyth leave the club. Godfrey, who can also play as a defensive midfielder if required, could be a smart addition to the side.

Many Spurs fans have taken to social networking site Twitter to express their reaction after the news broke out. Many feel that he would be a smart addition if Spurs can get him for around £25m, while there are others who feel the north London club should aim higher and not pick players from relegated Premier League clubs.

Another player Mourinho would let rot on the bench. If we are committing forward with Jose, no thanks

Godfrey can also play defensive midfield and has done very well there in the past. He could do a great job protecting our back four

It's the "best" Levy is willing to do.

To everyone knocking us for buying defenders from Norwich. This guy can play defensive midfield and has played very well there in the past

Surely we have to be going for Cantwell and Aarons too? Cantwell impressed in both games at THS, and Aarons pace is what we need on the flanks

Clubs who have been linked to Godfrey: Arsenal, Dortmund, RB Leipzig and AC Milan. But yeah, Spurs are clearly 'too good' for him.

Tidy player but not strong enough. Too many soft players in the squad already that’s why Bayern steamrollered us. Was he playing against Antonio today? If so no way is he good enough. Same with Aarons too weak. That’s why KWP is going.

Would be a good deal at 10m. He’s promising, like every team ever, you can buy young promising players and they can hit the next step and become solid starters or even stars. No reason to think he can’t be quality just because Norwich struggled all season.