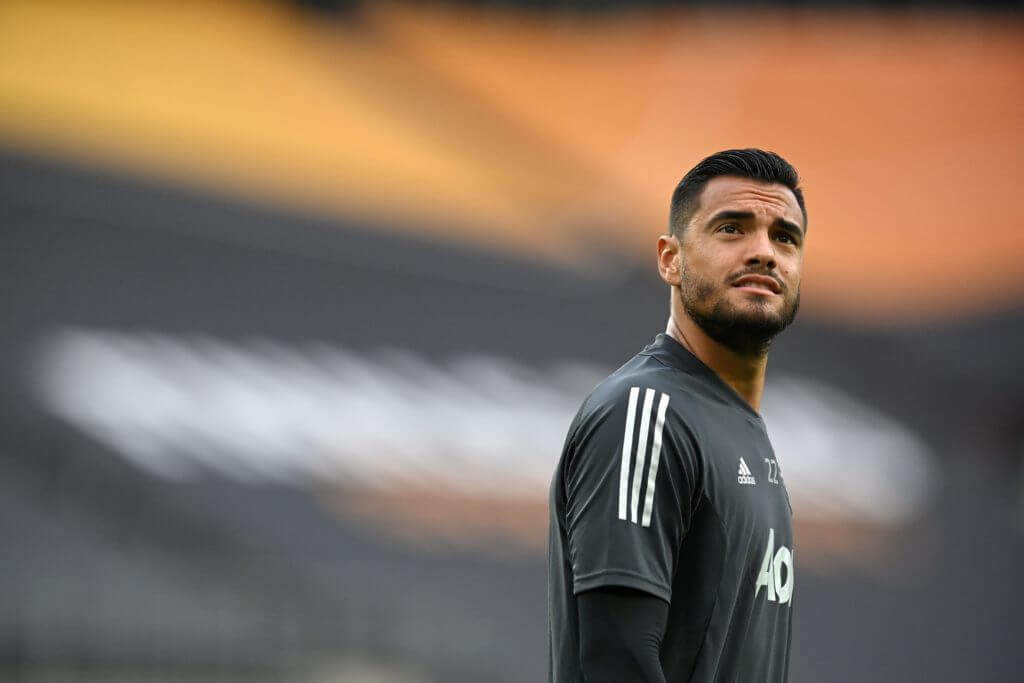 Manchester United are facing a curious dilemma regarding their goalkeeping situation.

David de Gea remains the club’s first choice. But, Dean Henderson, who has recently signed a new contract, has out-performed him whilst on loan at Sheffield United.

Henderson is looking to play regularly, and won’t accept a place on the bench. United do not want to sell him but they cannot afford to drop the Spaniard either.

As a result, the club are looking to offload Sergio Romero, who is likely to become the club’s third-choice if Henderson doesn’t move elsewhere on loan.

According to reports from The Mirror, the Red Devils boss Ole Gunnar Solskjaer is ready to listen to offers for the Argentine goalkeeper.

The latest stance from Manchester United will come as a huge boost for Premier League rivals Leeds and Everton, both being linked with a move for the 33-year-old.

According to a recent report from the Daily Mail, Leeds are willing to offload Kiko Casilla and are looking for a replacement.

Back in July, ESPN reported that Leeds have shown interest in signing Romero. It remains to be seen whether they make a move for him now. The Whites are also reportedly interested in Emiliano Martinez from Arsenal.

Also, earlier this week, the Daily Mirror reported that Everton manager Carlo Ancelotti wants to bring Romero to Goodison Park this summer as he looks to strengthen his options in that department.