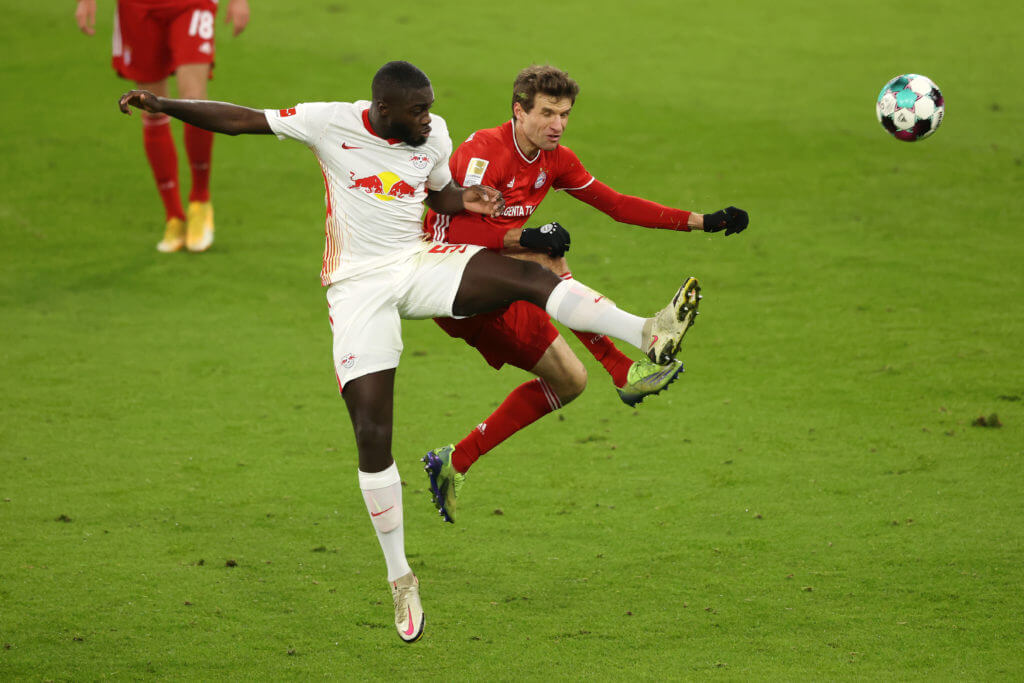 Manchester United are no longer interested in signing Dayot Upamecano, according to reports from The Athletic.

David Ornstein has claimed that United and Bayern Munich have recently emerged as the most ‘credible’ destination for the 22-year-old centre-back.

However, United have surprisingly cooled their interest in the Frenchman who has a €42m (£38) million release clause that comes into effect once the season is over.

It means any potential suitor would try to secure the signing of Upamecano next summer instead of signing him in the January transfer window.

Central defence is one of the areas that United will be looking to bolster next summer. The likes of Eric Bailly, Marcos Rojo and Phil Jones have hardly made any impact under Ole Gunnar Solskjaer, and the club should be looking to ship them out.

Upamecano is one of the brightest young talents in world football and he has been seen as one of the options for United for a long time.

However, it appears that he is no longer a primary target for the Red Devils. In fact, they have made it clear that they will not be pursuing his move. It can only mean that United are checking on other options.

The news will come as a boost for Liverpool.

The Reds reportedly have earmarked him as a potential option as they look to sign a new defender when the transfer window opens in January.

The Premier League champions are without long-term absentees Virgil van Dijk and Joe Gomez, the onerous burden has fallen on the shoulders of Joel Matip and Fabinho. While the likes of Nathaniel Phillips and Rhys Williams have stepped up this season, signing a quality centre-back is pertinent.

With United now reportedly out of the race, the door could be left ajar for Liverpool to make a move for the young RB Leipzig centre-back.