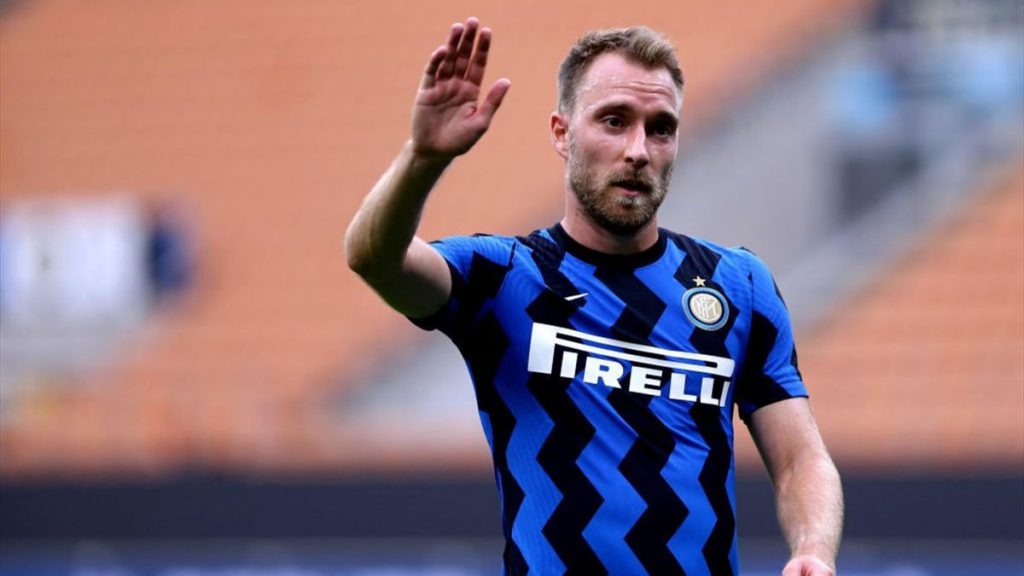 According to Sky Sports Italia journalist and transfer expert Gianluca di Marzio, Wolverhampton Wanderers have contacted the agent of Inter Milan midfielder Christian Eriksen as they look to bolster their squad this month.

The Denmark international left Tottenham Hotspur last January to join the Serie A giants, but he has struggled to adapt and is expected to leave before the end of the winter transfer window.

Arsenal, West Ham United, Atletico Madrid and Real Madrid have all been linked with interest in Eriksen, and Wolves and Ajax have now joined the race.

Nuno Espirito Santo’s men are struggling to create chances in the final third and that has seen them win just six of their opening 17 Premier League games in 2020-21.

Landing a player who scored 69 goals and made 89 assists during eight years at Spurs could help boost their fortunes on the pitch, and how they fare in the January transfer window would have a huge say on their campaign.

Having finished in seventh place in each of the last two top-flight seasons, failure to secure an European berth at the end of the season will be a huge disappointment and blow, and it’s why they need a player like Eriksen.

The 28-year-old brings the quality and experience Wolves need in the final third to the table, and a return to the top-flight could be more appealing to him.

The former Spurs star won’t be short of suitors in the coming days and weeks, and beating competition to his signature will be a huge move from Wolves.

However, his £9million-a-year wages could prove to be a stumbling block, and he might have to take a pay-cut for a move to work out.