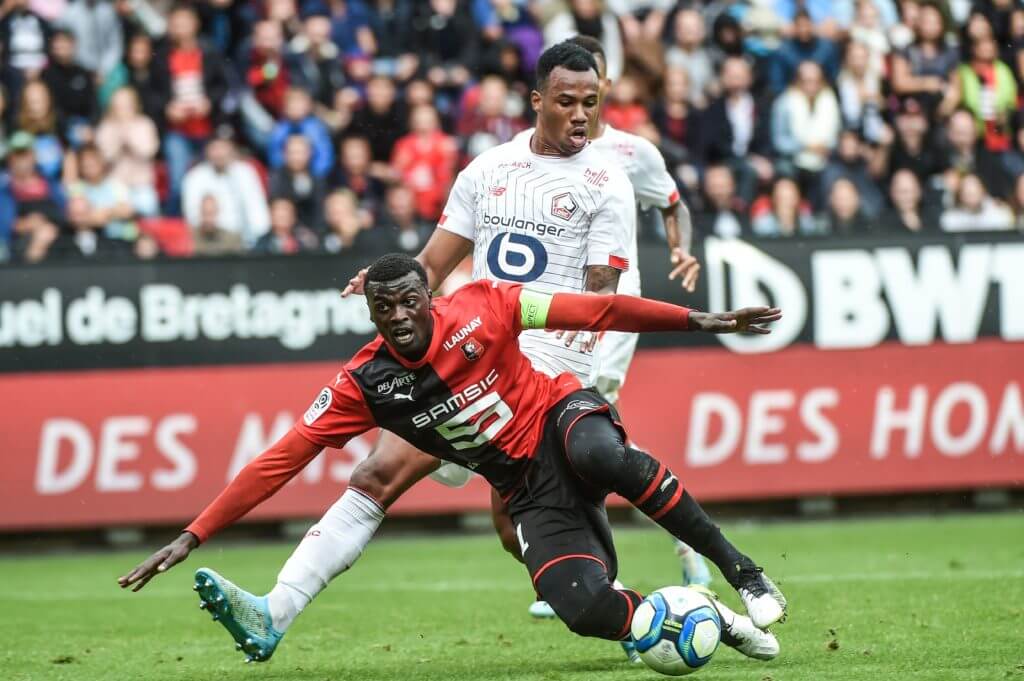 Gabriel Magalhaes could be leaving Lille this summer.

According to reports from Sky Sports, the player’s representatives are currently in the UK, and are holding talks with two Premier League clubs about a potential move.

The report does not mention which Premier League clubs are involved in the discussion at the moment. However, it can be guessed that the two clubs are Everton and Manchester United.

Everton are heavily linked with a move for Gabriel this summer.

At one point of time, it really looked like the Toffees were close to sealing a £20m deal for the Brazilian centre-back. The defender even visited their training ground before lockdown.

It seems that Everton still retain their interest in the player and that they could be looking to secure a deal for him.

Everton, however, are exploring other alternatives, with the likes of John Stones and Branislav Ivanovic being linked with a move in recent weeks.

Manchester United have also joined the race but are likely to face competition from Arsenal, Napoli and Paris Saint Germain.

The defender would cost around €30m. He even underwent a medical at Everton before the coronavirus lockdown.

He has taken his time to consider his next move, and he is expected to decide his future in the next couple of days.