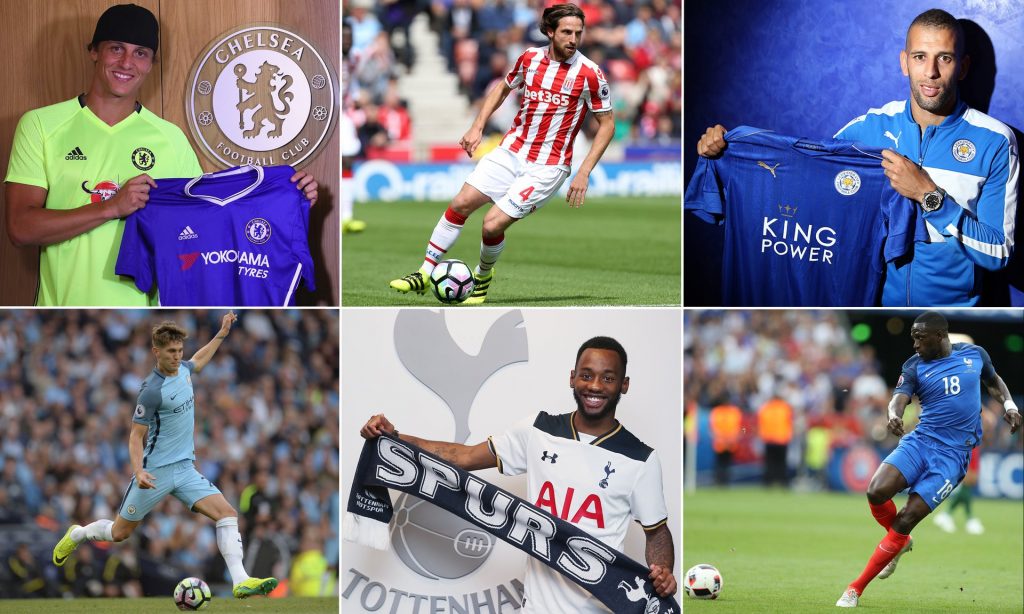 14 out of 20 Premier League clubs managed to break their own transfer record as spending reached a new high this summer.

English clubs not only shattered their domestic and individual transfer records but also set a new record for the most expensive football transfer when Manchester United bought Paul Pogba for £93m in July.

The new £5.1 billion Premier League TV deal has clearly had a major impact in this summer’s transfer spending.

The lure of Premier League riches is encouraging even relegated clubs to spend massively to gain promotion as Championship clubs Aston Villa and Newcastle spent over £100m between them.

In the rest of the article, we look at:

In a summer of an unprecedented spending spree, here are some of the most expensive signings from the Premier League clubs this summer.

14 out of the 20 Premier League clubs smashed/equaled their personal transfer record this summer. Some of those deals even managed eclipse a few European records.

As transfer spending in the Premier League reaches phenomenal levels, here at Soccerlens we bring you the updated club record transfers from every club now.

Arsenal: Despite spending huge sums of money on the likes of Mustafi and Xhaka, Mesut Ozil (Signed in September 2013 from Real Madrid for 42.5 million pounds) remains Arsenal’s club record signing for now.

Burnley: Newly promoted side Burnley also managed to shatter their transfer record this summer. Sean Dyche splashed out a sum of £10.5 million on Jeff Hendrick.

Bournemouth: After an impressive season last year, Eddie Howe has strengthened his side considerably and the Cherries managed to land the former Liverpool winger Jordon Ibe for a fee of £15 million as he became their club record signing.

Crystal Palace: The Eagles addressed their need for a proven goal scorer with the record breaking transfer of Christian Benteke. Palace shelled out a fee of £32 million for the former Liverpool striker.

Everton: Romelu Lukaku (Signed in July 2014 from Chelsea for £28 million) remains Everton’s club record signing for now. However, if all the add-ons are triggered, Bolasie’s fee could match that of the Belgian.

Hull City: The Tigers signed Ryan Mason from Tottenham for a club record fee of £13 million this summer.

Leicester City: The Premier League champions also broke their transfer record this summer and shelled out around £30 million for the former Sporting Lisbon striker Islam Slimani.

Liverpool: The Reds broke their transfer record this summer with the signing of Sadio Mane from Southampton for a fee of £36 million.

Manchester United: Manchester United not only broke their own transfer record this summer, they managed to break the world record as well when they signed Paul Pogba for £93 million.

Middlesbrough: Afonso Alves (Signed in 2007 from Heerenveen for £15 million) remains their record signing for now.

Southampton: The Saints replaced their star forward Sadio Mane with a club record move for Sofiane Boufal for a fee of £16 million.

Stoke City: Mark Hughes made some intelligent additions to his side this summer, but Imbula (signed in January 2016 from Porto for £18 million) remains their club record signing for now.

Sunderland: Sunderland smashed their transfer record with the £13.6 million signing of Didier N’Dong.

Swansea City: The Welsh side signed the Spanish striker Borja Baston for a club record fee of £15.5 million this summer.

Tottenham: Spurs signed Moussa Sissoko for £30 million on deadline and the Frenchman is now the club’s record transfer along with Erik Lamela. The Argentine was signed for the same amount a few seasons ago.

Top 10 Most Expensive Premier League Signings Of All Time

NOTE: All transfer data has been taken from Guardian, BBC, and Transfermarkt.